Come together for Canada Day!

The Pembina Valley Red Dress Project (PVRDP) was bigger this year with over 100 Red Dresses hung from trees or displayed on the ground, representing the hundreds of Missing and Murdered Indigenous Women and girls in Manitoba.  Last Saturday, the exhibit was in Morden Park where Albert Meekis, originally from Sandy Lake First nation in Ontario, shared his thoughts of walking through the display.

"The red dresses we see here, they all come with question marks. Questions, and uncertainty, and darkness about them. We all would like to know, we'd like to like find them, if possible, but the reality of it is, they’re not coming back. Seeing this here too, kind of opens your eyes as to what's going on even in our own communities that we live in - that we feel safe in."

He added there is a call to action to work towards reconciliation coming from this kind of representation of marginalized people who often find themselves in vulnerable situations to make ends meet.

"I think this red dress representation speaks to us to look after our young women, and to try to find where they are, and to respect them. They carry the community, from what I'm taught in my culture. Women are the givers of the world."

As an Educational Assistant in Maple Leaf School, Meekis was thrilled to see the artwork and student involvement added to the exhibit.

"The part that I like about it is, you teach children at an early age to do something, it sticks with them all their lives, and they learn that respect and they learn to respect each other, they learn to treat each other in a certain way. If we could reach one child with what we're doing today, I think we can say that we're making this world a better place. "

This year, a section of local people who are murdered or missing was added to the display, including dresses with names embroidered on them and a table sharing the story of one woman and her unborn child, who were murdered.

One of the PVRDP organizers, Carolyn Wiebe, acknowledged there are more names out there.

"I think one of the things that we wanted to come out of this as well, is that there's probably other families out there that we don't realize that they have a missing or murdered loved one, and hopefully they'll come forward."

Added to the event this year was an outdoor classroom made of tree stumps covered in Orange T-Shirts with children's shoes and boots lining the perimeter with an Every Child Matters flag blowing in the wind.

Trish Meekis teaches a grade 5/6 split class at Ecole Morden Middle School. They learned about MMIW in school and added work to the exhibit.

"As a class, we have had numerous discussions about Indigenous issues over the last year together. Some of my students have connections to share and they are all open to learning and contributing to the idea of reconciliation. My students each created an art piece with an outline of a woman in a red dress and wrote some messages of strength on them. They were very proud of their work and the fact that they would be added to such a powerful exhibit at Morden Park. It is so amazing to see the compassion and concern they have, as well as the willingness to be open to learning more about our Canadian history. I hope the learning will continue for all of the students, and that they will carry the lessons taught with them throughout their lives. The Red Dress Exhibit is such an important event and I am so proud to be a part of this year!"

Genesis House had a representative at the Red Dress Project, and submitted a statement of support for the exhibit and what it means to them.

"Missing and Murdered Indigenous Women and Girls is a human rights crisis. It disproportionately affects Indigenous peoples across Canada and the United States.  They are disproportionately affected by all forms of violence. At Genesis House, we consider physical, emotional and sexual violence towards another should be the concern of all members of society. Genesis House will stand alongside our community and nation as an ally."

The next installment of the PV Red Dress Project will be in Winkler at the Winkler Arts and Culture building on Saturday May 21st from 10am-3pm, then in Killarney and Crystal City the following weekends. To learn more or to support this project go to the Red Dress Pembina Valley Facebook page. 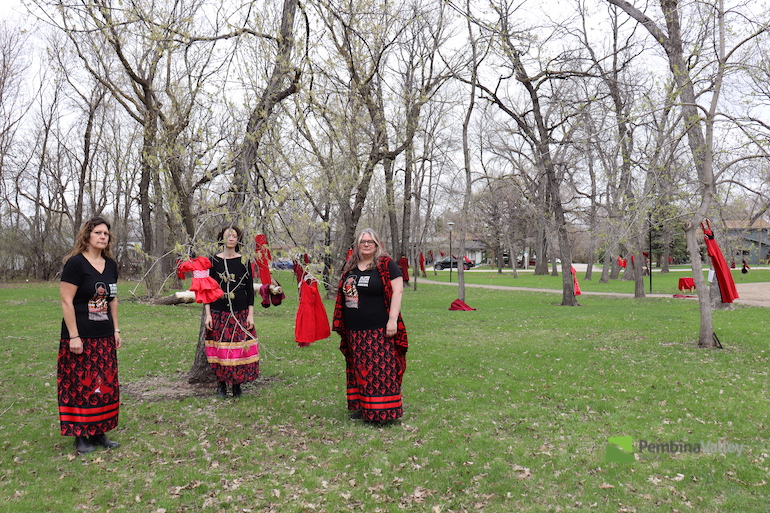 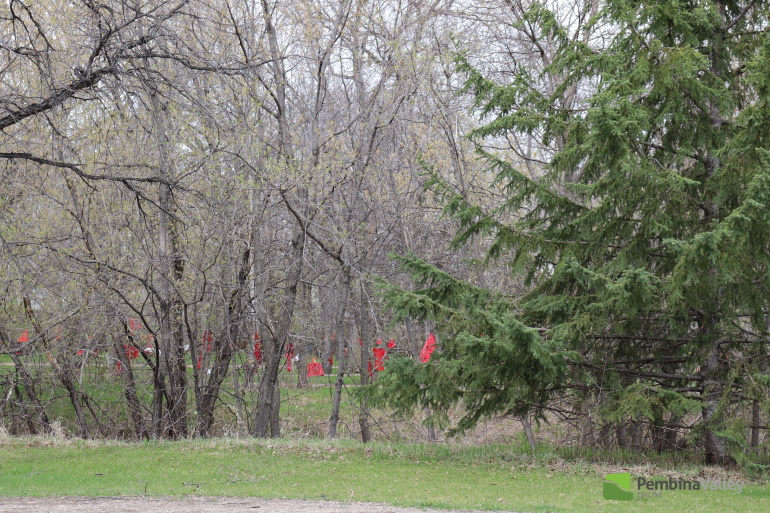 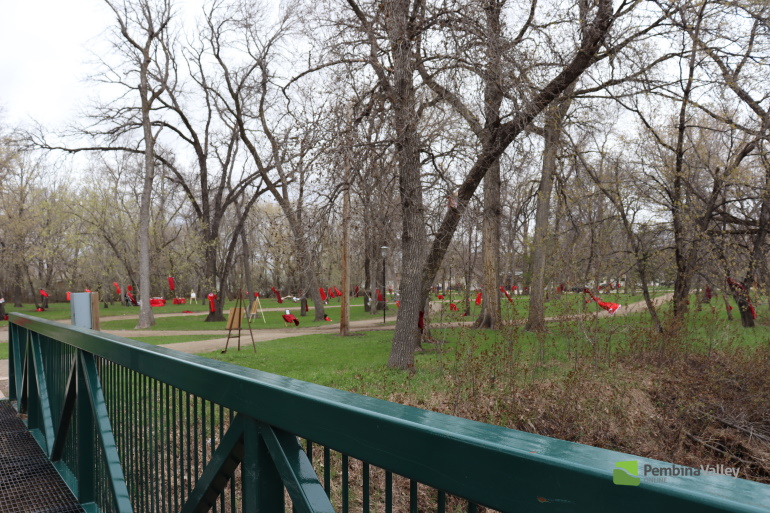 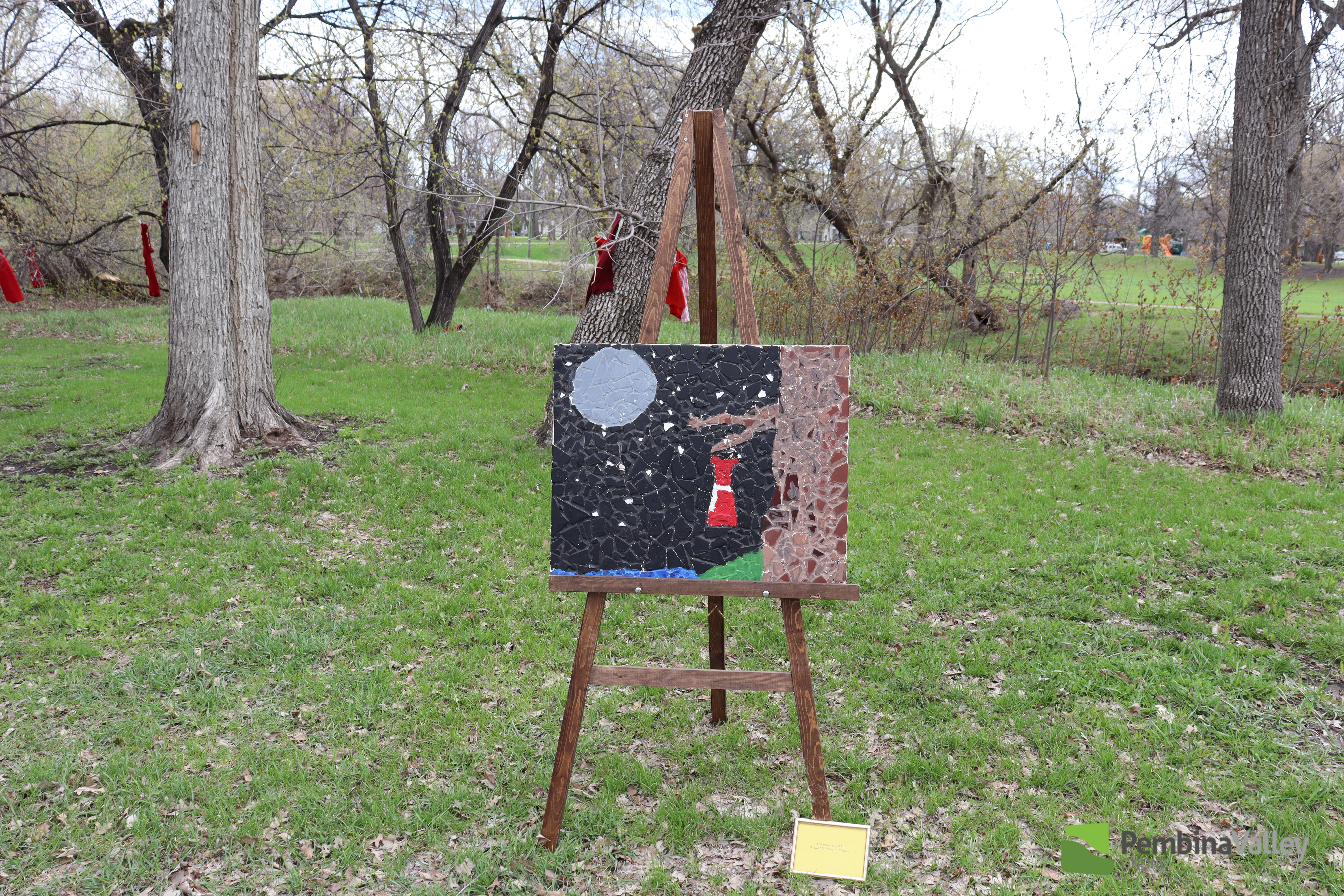 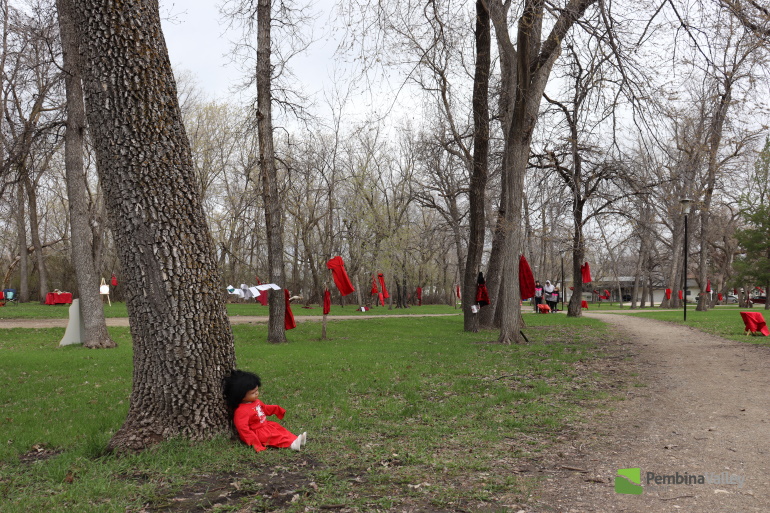 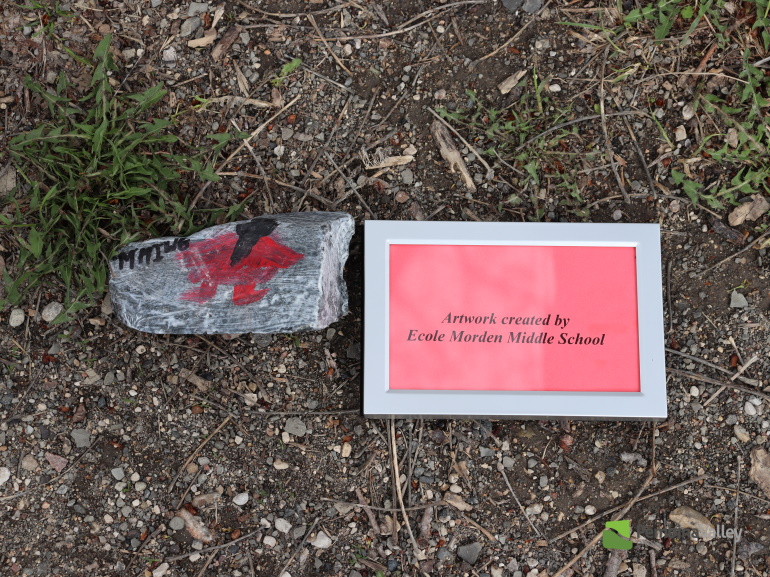 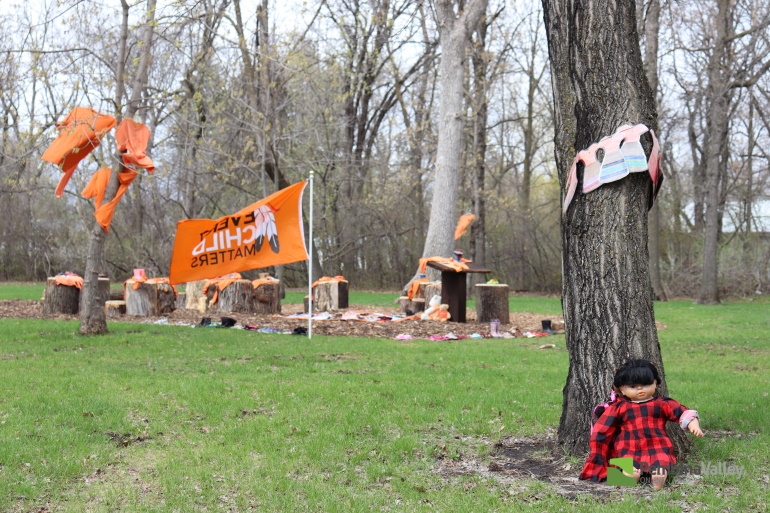 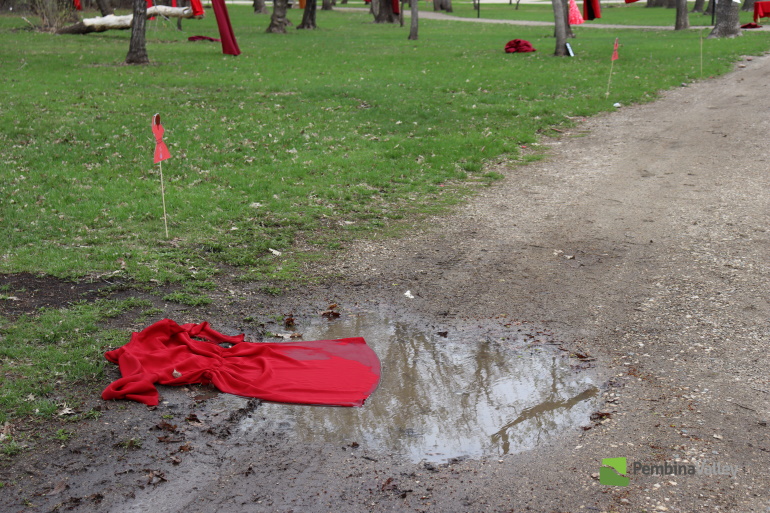 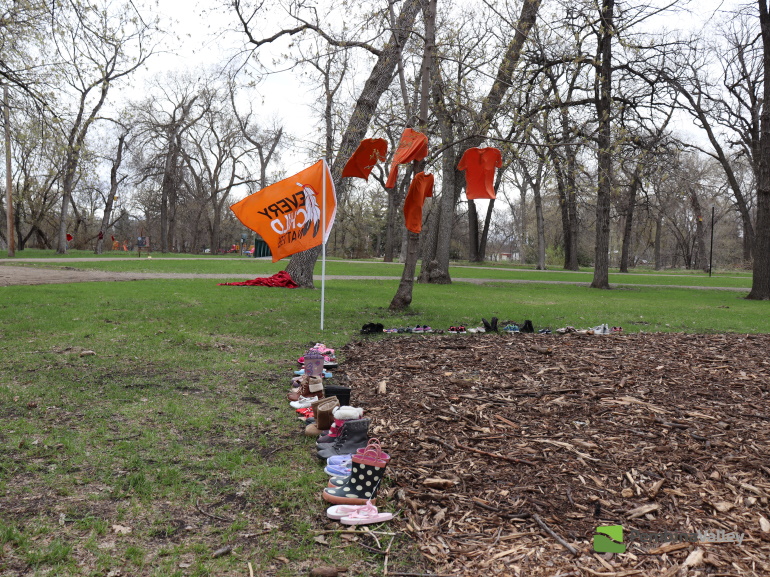 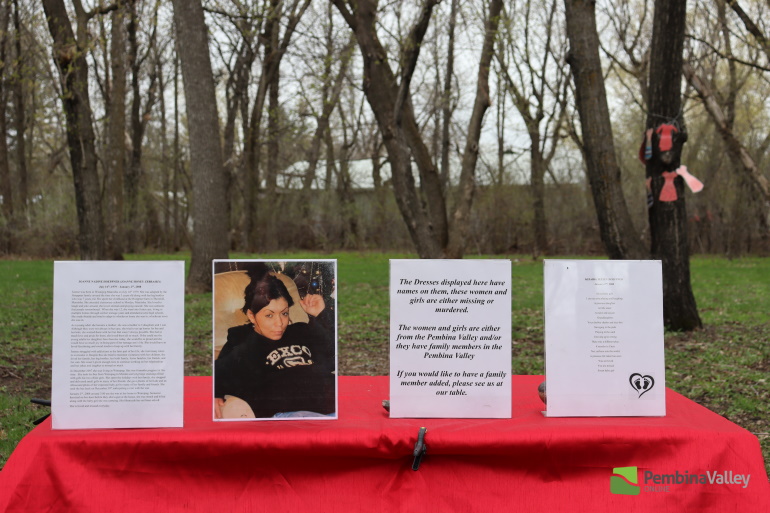 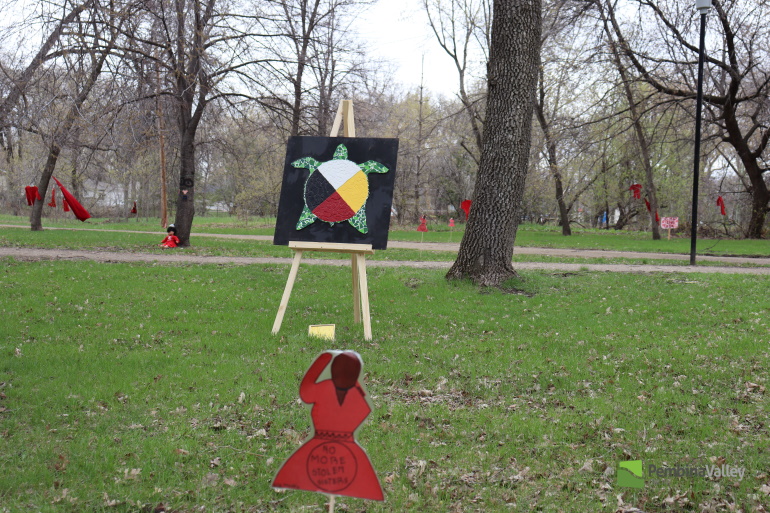 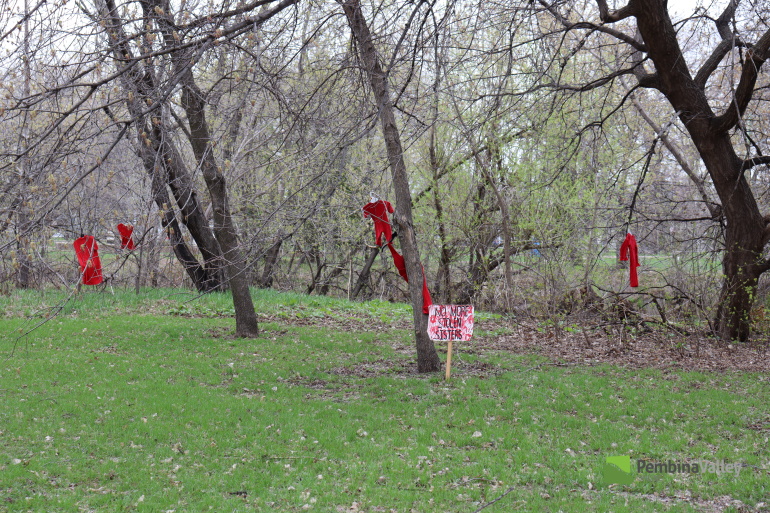 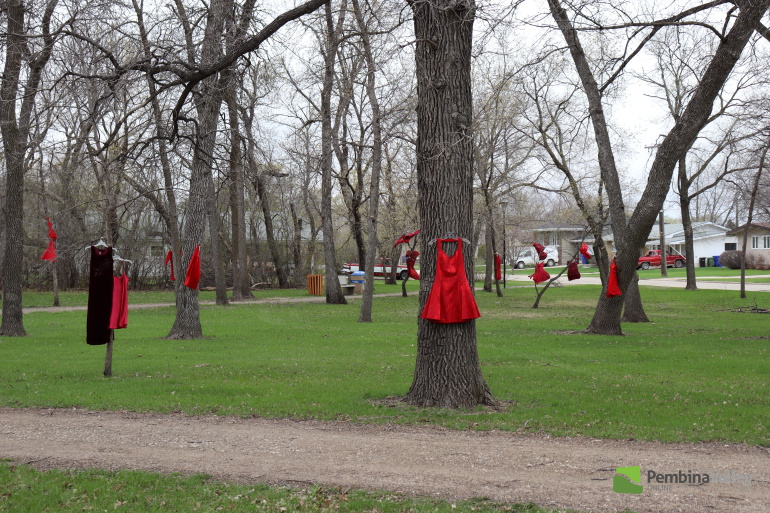 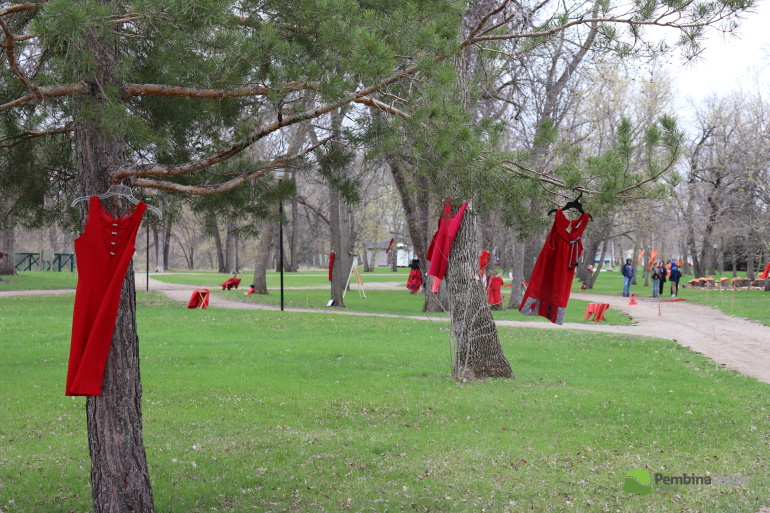 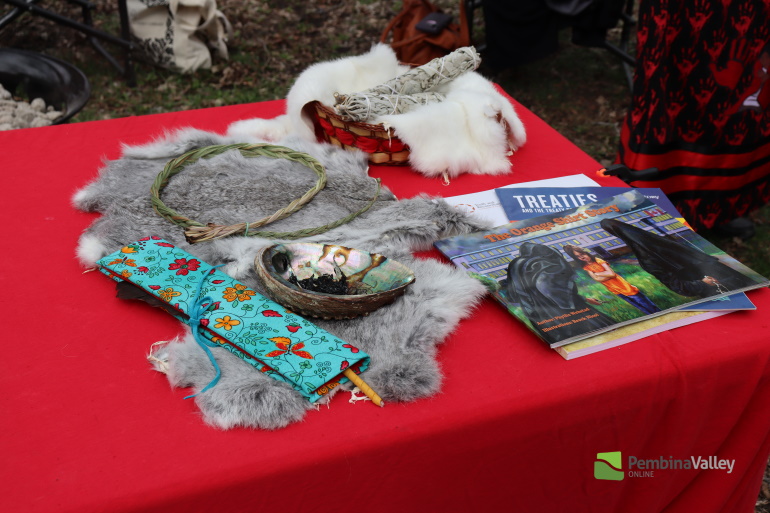 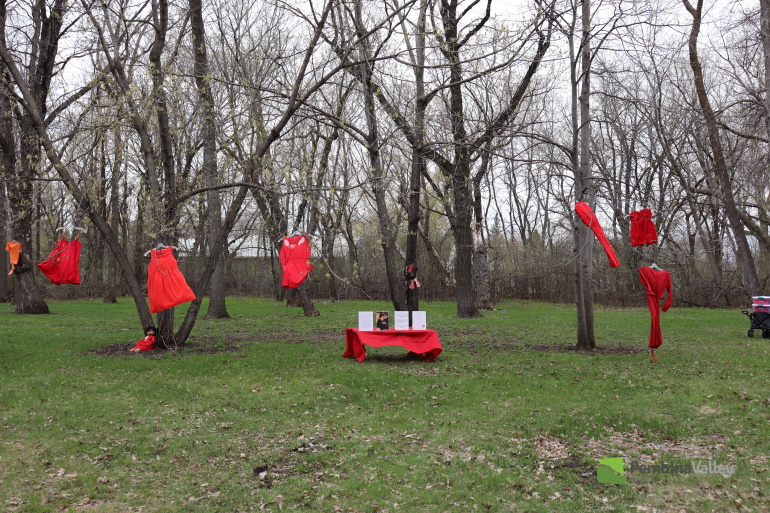 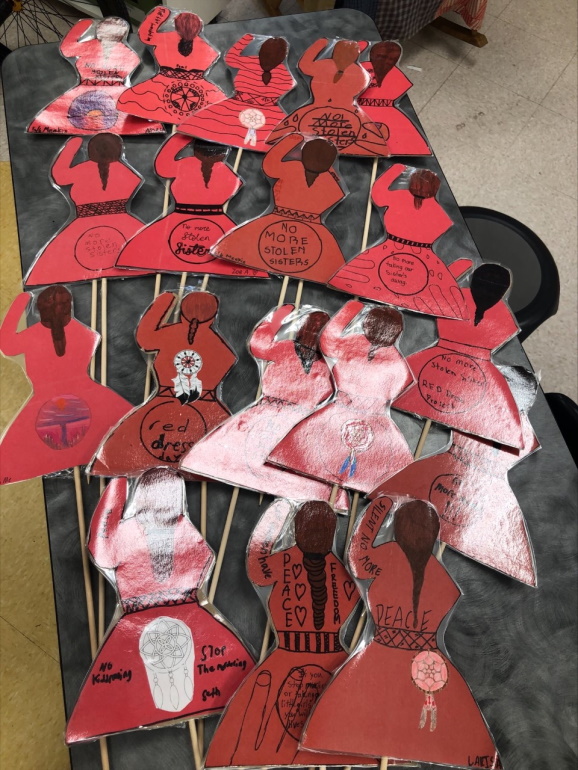 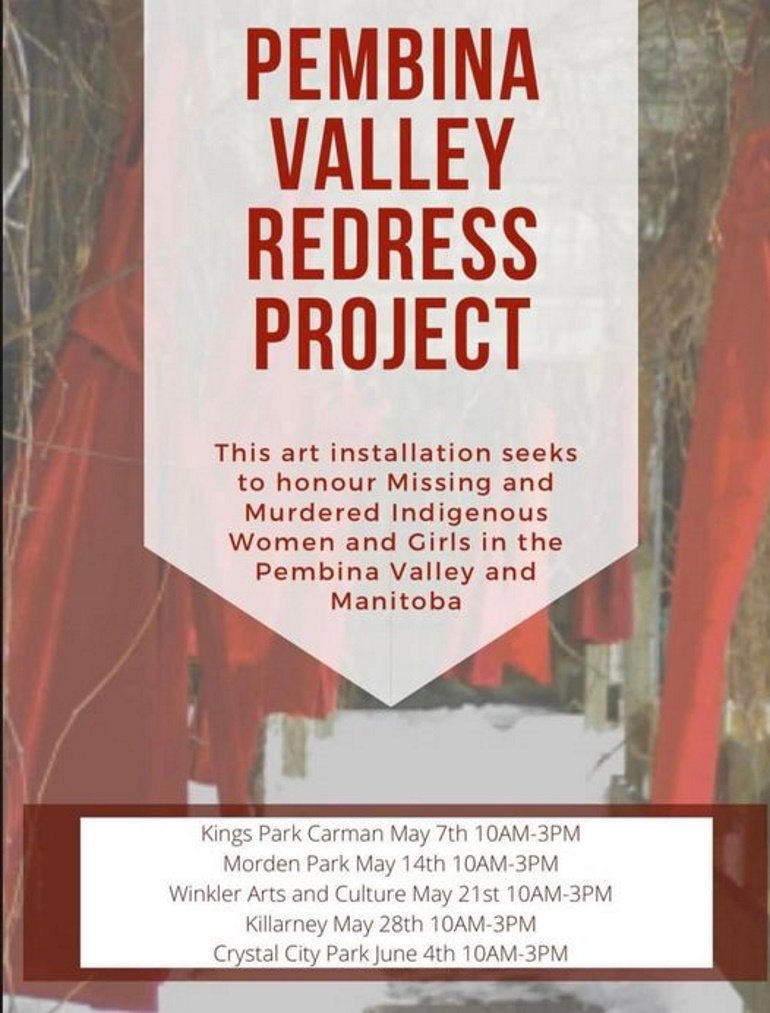 Water everywhere, what's eating my rose bush and more on the Lawn and Garden Journal podcast

People with COVID-19 can infect and sicken cats and dogs by cuddling them, says study