What sound does a 1,300 pound pumpkin make when it's dropped from 90 feet above the ground onto a tennis court? A question which may not come to mind everyday, but one that was answered for several hundred in attendance Saturday afternoon when the Roland Pumpkin Fair held its first Giant Pumpkin Drop as a kick-off to a community fundraising campaign to refurbish the town's tennis courts.

The Roland event was inspired by one now in its ninth year in Lancaster, Minnesota, the hometown of past Roland Pumpkin Fair Great Pumpkin Commonwealth weigh-off winner Charlie Bernstrom. He won in 2018, and currently holds the record for the largest pumpkin ever weighed at the Roland Pumpkin Fair at 1,753.5 pounds. The Lancaster event, simply called The Pumpkin Drop, has giant pumpkins and squash dropped on vehicles as a fundraiser for the Kittson County Literacy Council. Bernstrom is one of the organizers of the drop, and lent a hand in Roland for its first.

Bernstrom supplied the quick release mechanism that allows someone to stand on the ground and pull a rope to release the pumpkin. Donald Bissonnette and his company Pembina Valley Crane Services provided the hoisting services for the drop.

And whose pumpkin was it that met a smashing end on the tennis court? Winkler's Helen Banman donated her 1,311 pound monster to the cause, which just a few hours earlier, had placed third at the 2022 weigh-off at the fair. 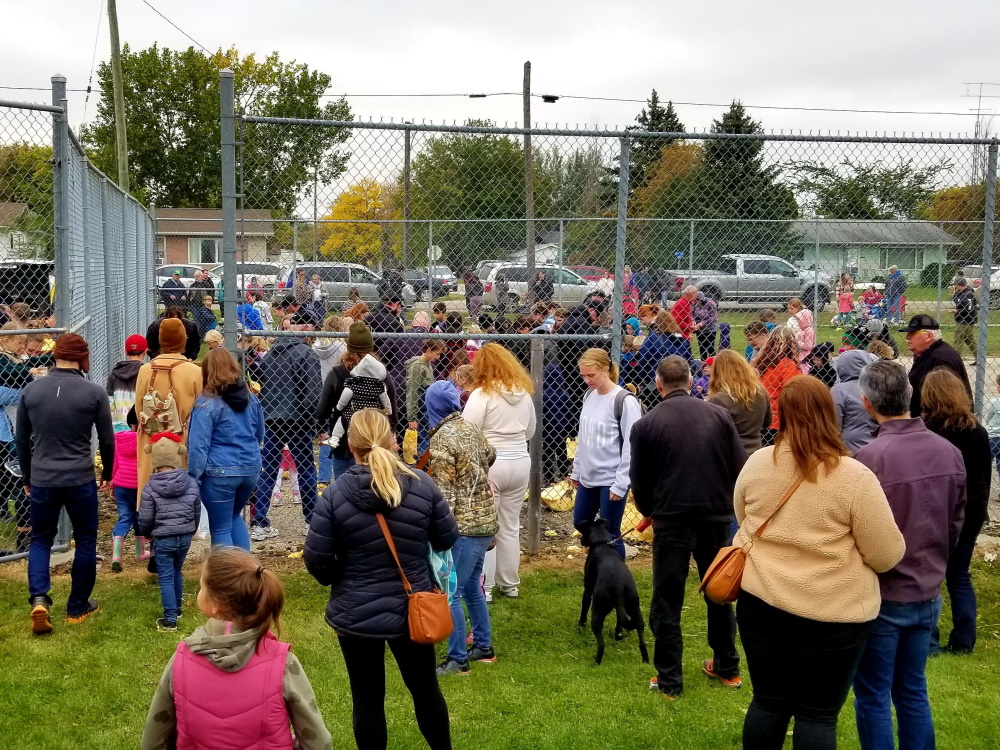 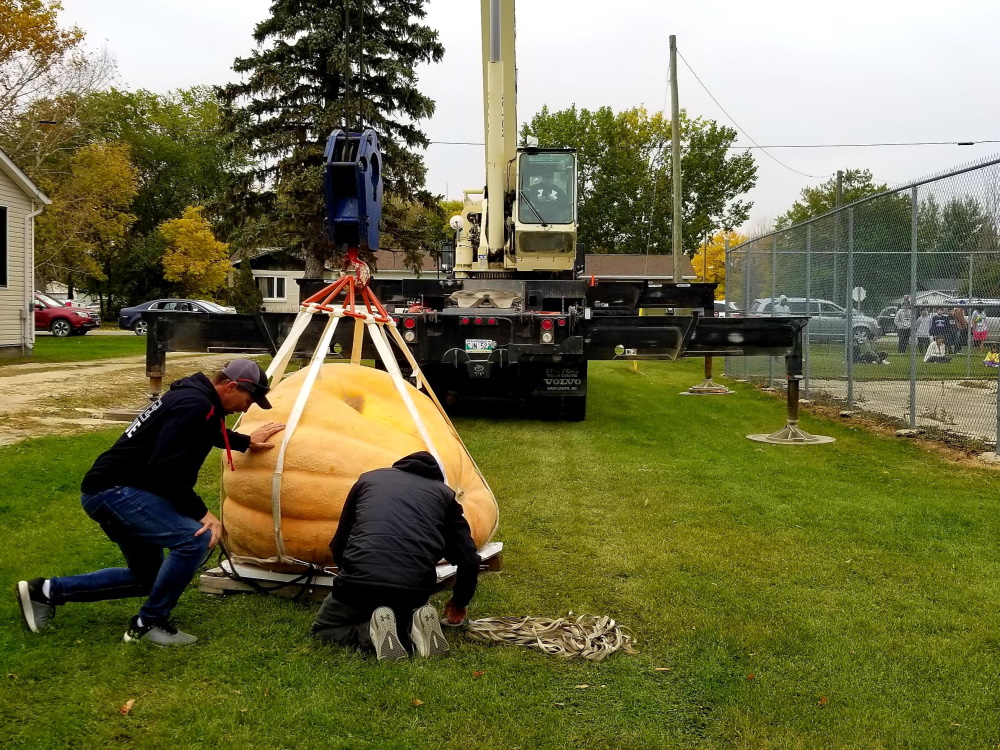 Under The Bucket with Winkler Flyers Connor Jensen

Christmas is coming this weekend with the Pembina Hills Arts Council!

Have a listen to the Christmas Cafe Community Carolers!