With the Colorado Low which lashed the province since Thursday now out of the region, storm reports submitted to Environment Canada are truly giving scope to just how significant a storm it was.

“Leading up to its arrival, we were talking about how this could be a major event, but it’s nearly unbelievable some of the snowfall totals we’re hearing about considering the time of year it is,” said CMOS Accredited Weathercaster Chris Sumner Sunday morning. “When you look at these numbers, and combine the fierce winds we experienced, it becomes clear very quickly why Manitoba Hydro is dealing with the damage it is right now.”

The following snowfall accumulation reports were received by Environment Canada stations and the Cooltap volunteer observing network, as well as social media:

Strong winds were widespread across Southern Manitoba, with most stations reporting gusts in the 70 to 85 km/h range on Friday or Friday night. The following peak wind gusts were received by Environment Canada stations and Manitoba Agriculture  reporting sites:

In the southeast corner of the province, precipitation fell mostly as rain, tapering off Friday afternoon. The following are 48-hour totals up to 9 a.m. Saturday:

With what will be a record setting winter storm event for October now out of the area, what’s next for Southern Manitoba?

“Overland flooding and rising rivers and streams will be the next story that plays out from this storm,” said Sumner. “The snow that did fall had a very high moisture content, and it fell in regions already saturated from extensive rainfall in September. All of that water has to go somewhere, and as the snow melts over the next few days, river levels will be watched closely by the Province’s flood forecasters and local municipal officials.”

Sumner noted it will be important to keep an eye on the southern half of the Red River Valley in North and South Dakota, because those regions also received significant snow and rainfall from this system. According to U.S. National Weather Service data the heaviest snowfall totals occurred over the Devils Lake basin and James River Valley, where up to 3 feet (90cms) of snow fell. In eastern North Dakota, along I-29, many locations received 6-12 inches (15 to 30cms) of snow. Flood Warnings have been issued along the Red River from nearly the North Dakota/South Dakota border northward to the U.S./Canada border.

And what’s to come for the forecast this week?

“The remainder of Thanksgiving Long Weekend will be mainly cloudy for most of Southern Manitoba, with temperatures well below average for this time of year, but above freezing,” noted Sumner. “Plus 2 to plus 5 is looking like the range we'll be in Sunday through Wednesday. A warm-up back toward normal starts Thursday, and that’s hopefully when we will see a few days of sunshine.”

Average daytime highs for this time of year are about 12 degrees.

For a look back at the storm, check out the photos below that were submitted to PembinaValleyOnline. 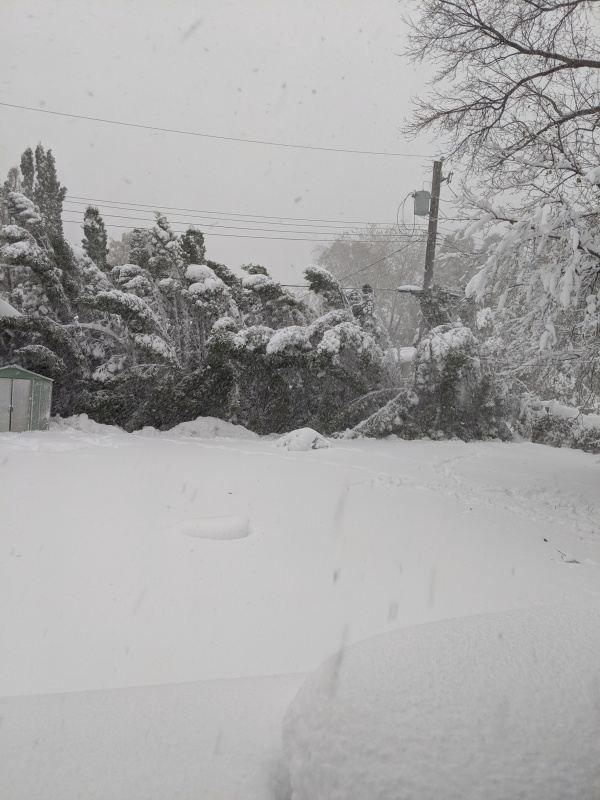 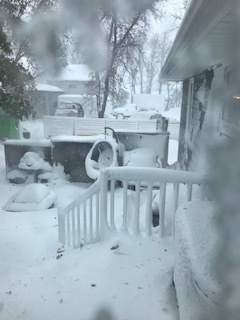 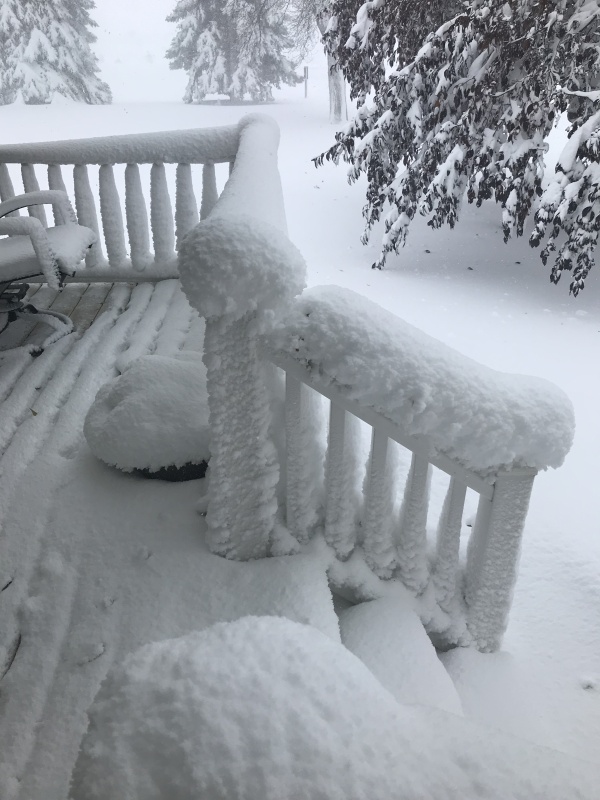 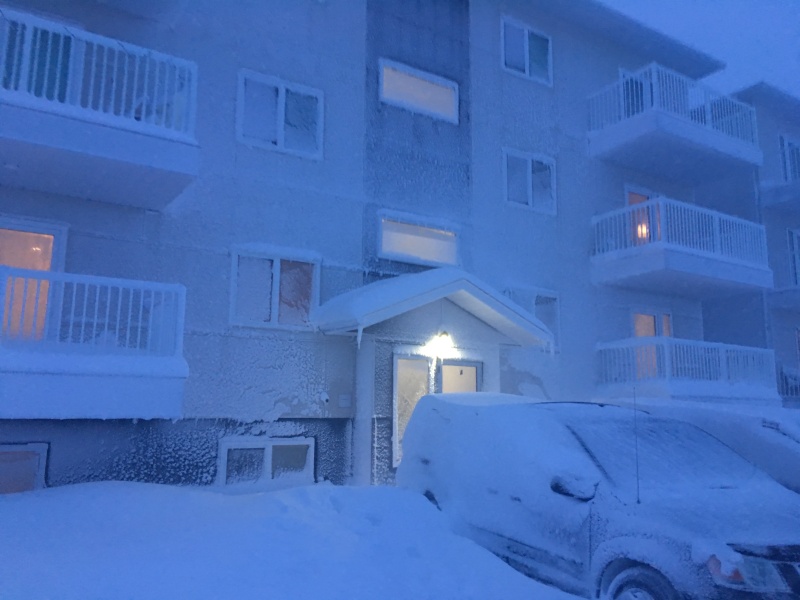 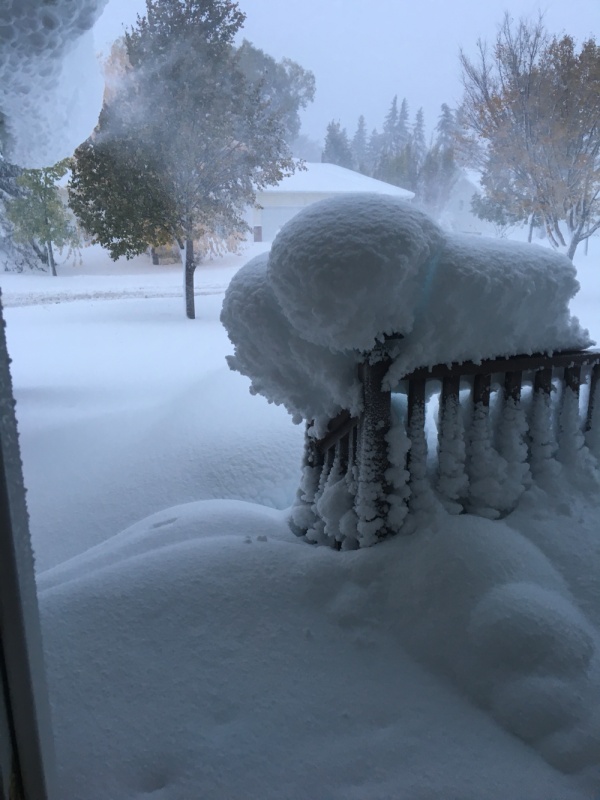 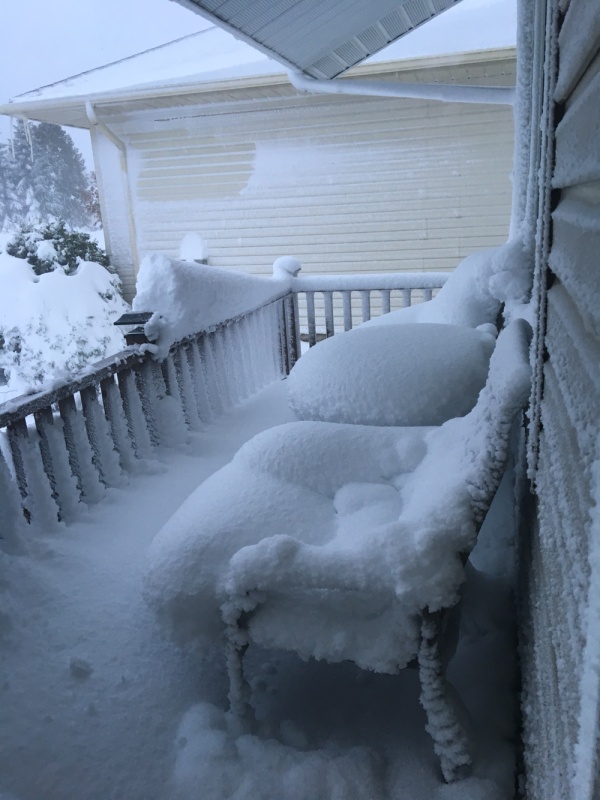 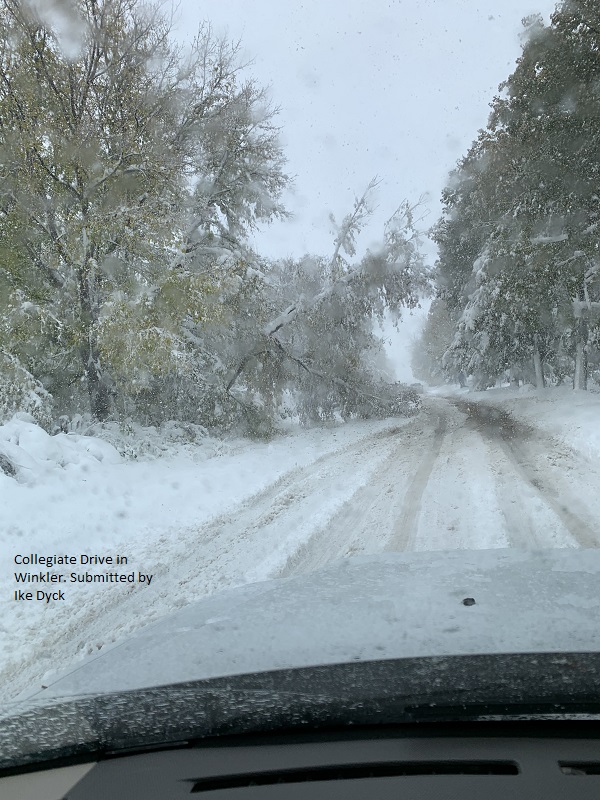 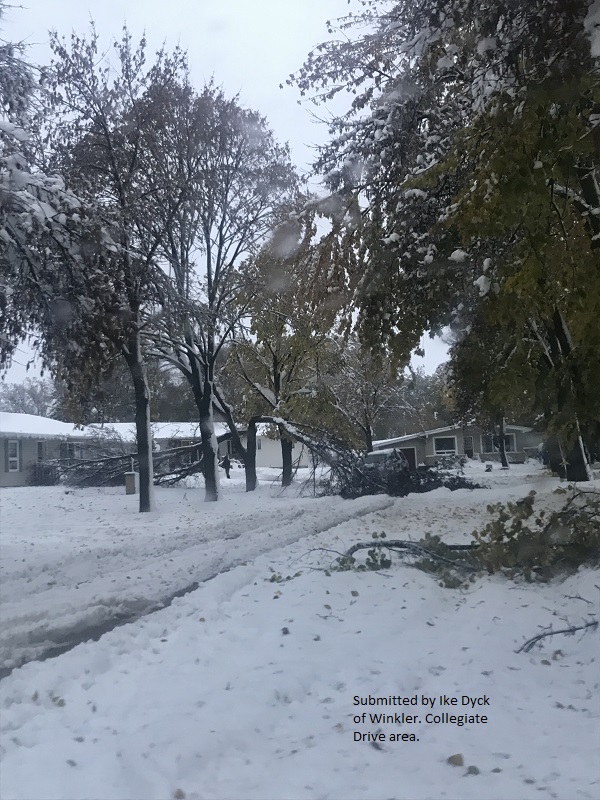 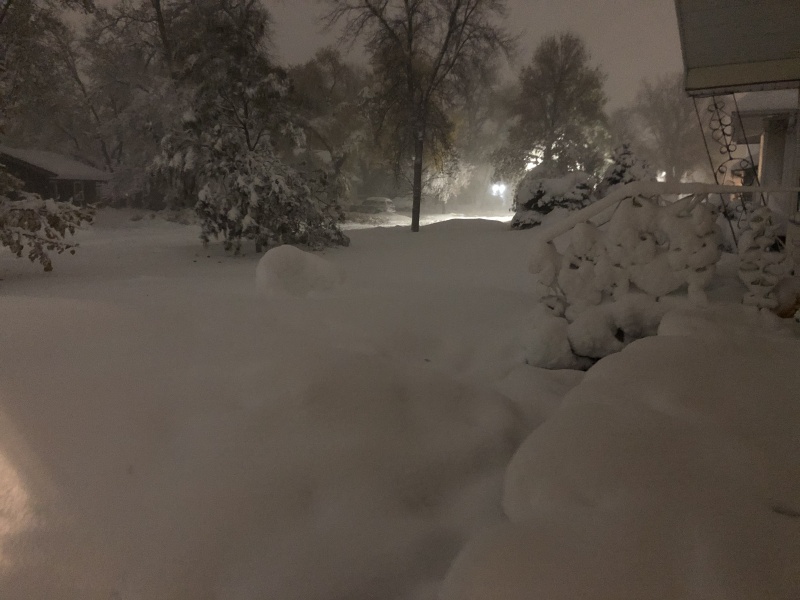 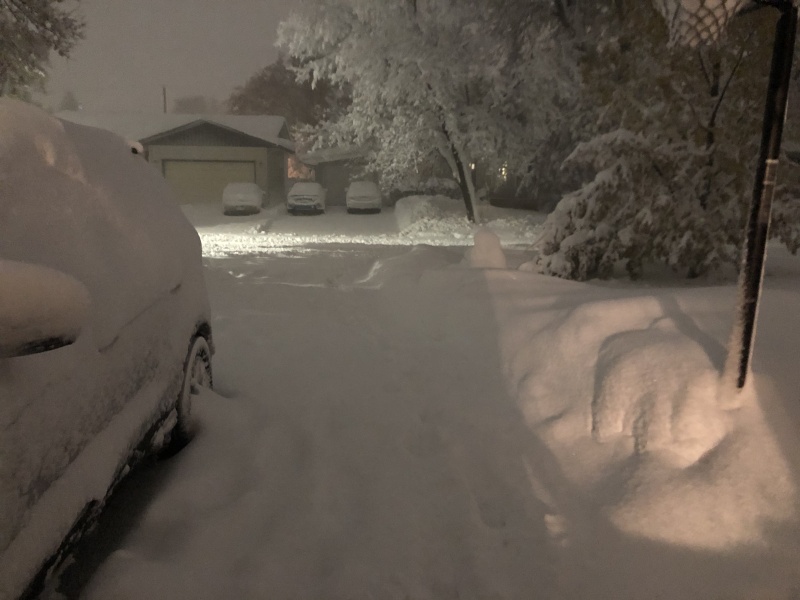 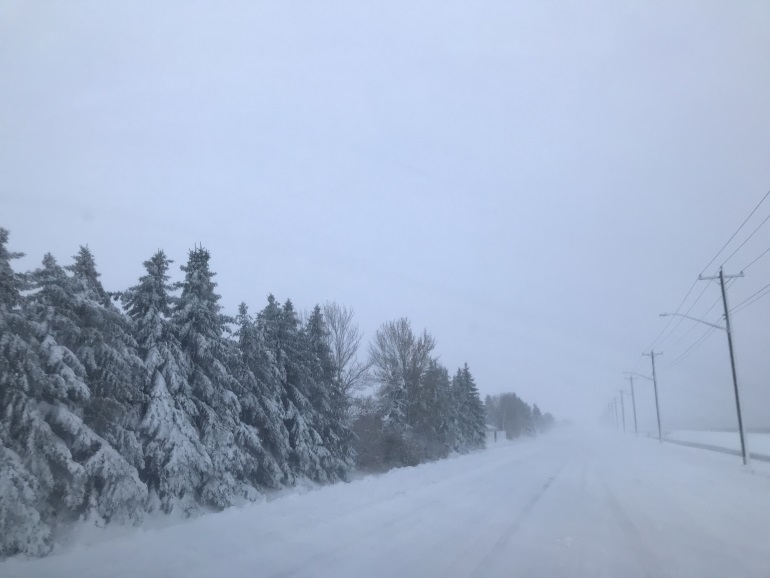 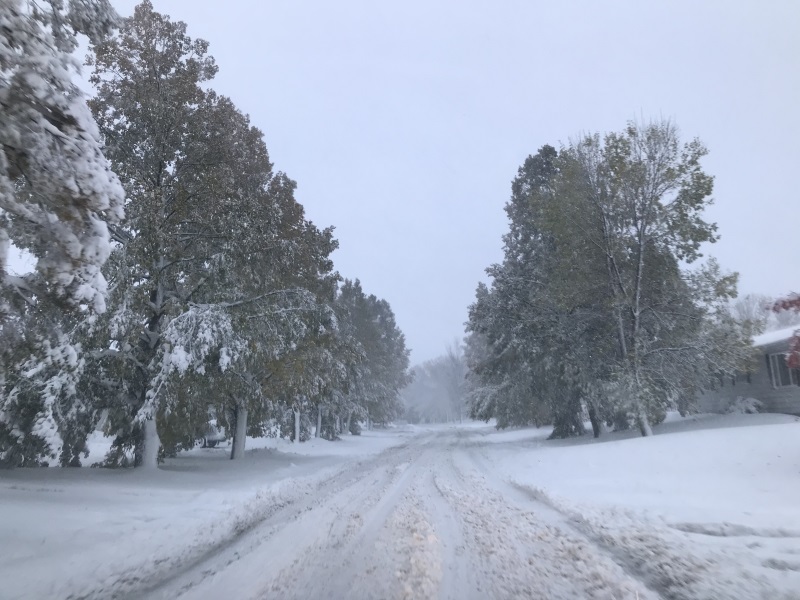 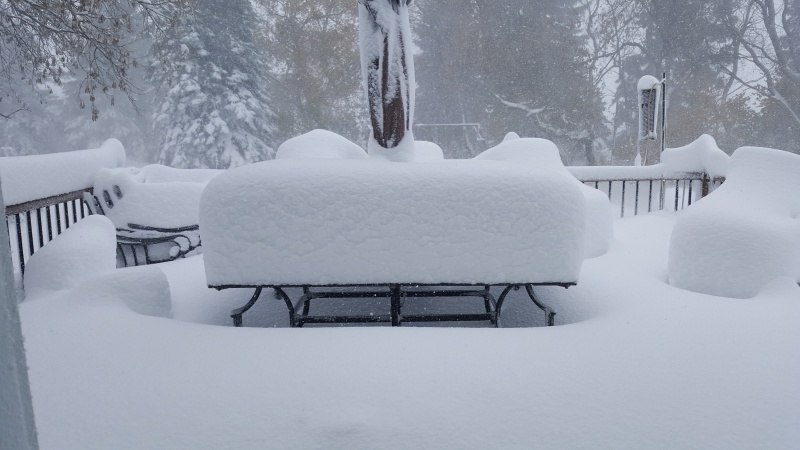 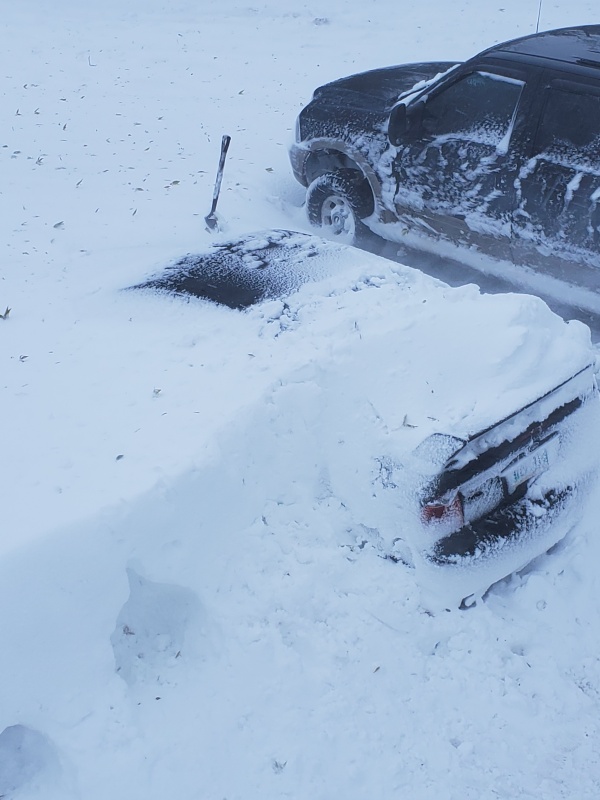