"The people of Pembina Valley are very generous and love to give," says Operation Christmas Child Drop-off Lead

"At the beginning of the week, Plum Coulee Harvest Christian Fellowship delivered their 1,018 shoeboxes on Monday evening, along with the seniors from Winkler Heritage Village, bringing in their 200 boxes," said Zammit. "Two sisters, who pack year after year, brought in their amazing 626 beautifully packed shoeboxes, and several families packed shoeboxes in the hundreds, all brought them in early this year."

She noted, even though the number of shoeboxes was down a bit, she was still very happy with the support considering the high costs of everything this past year.

"The people of Pembina Valley are very generous, and loved to give this year despite our economy, and our own personal financial struggles, our community can still come through and have a desire to bless these children."

Shoeboxes from the Pembina Valley are heading to Calgary for processing before continuing on to the same three countries in Central America and the five countries in West Africa we've been sending to in recent years. Zammit noted, new this year, shoeboxes from our area will also be going to the Philippines and Ukraine. Pastors and teachers in the receiving countries, who have been trained by Operation Christmas Child, hand out these shoebox gifts to children in their respective communities.

"These children then get to hear how much God loves them and how much they matter," she said. "They are invited to attend a twelve-week discipleship program to learn more from this. Families are changed, even whole communities and new churches are being planted as a result."

Zammit noted there were a couple of special stories that came to mind when reflecting on this year's campaign.

"A teacher from Hochfeld school, in her grades one, two and three class, decided for the first time to fundraise and pack shoeboxes this year, so they invited the whole school to take part and donate money," she said. "The students were excited they could be a part of making a difference in other kid's lives, so these students were emptying their own piggy banks, and in the end, that little school of only seventy-two students raised a total of $1,200! Their generosity just blew me away. The teacher shopped for the items, and her class had so much fun packing their shoeboxes."

Zammit pointed out Prairie Dale School in Schanzenfeld, for the third consecutive year, raised just over $2,000 and was able to pack sixty-three shoeboxes.

"I think it is important to support Operation Christmas Child, because it can make such a huge impact," she explained. "By doing something so simple as packing a shoebox filled with practical gifts and fun items for a child, it is a great way for teachers, parents and grandparents to help teach children here to think about others who are less fortunate."

Zammit thanks all of the amazing volunteers who helped with collecting shoeboxes, and packing them into their cartons, as well as the volunteers who showed up to help load those heavy cartons filled with packed shoeboxes onto the trailer.

"A big thank you to Pastor Brenton, and Gospel Mission Church, for allowing us to use their fellowship hall for National Collection Week to collect all of the thousands of shoeboxes packed by the people of Pembina Valley."

You can listen to Andrea's conversation with CFAM Radio 950 Morning Show Co-Host Chris Sumner, below. 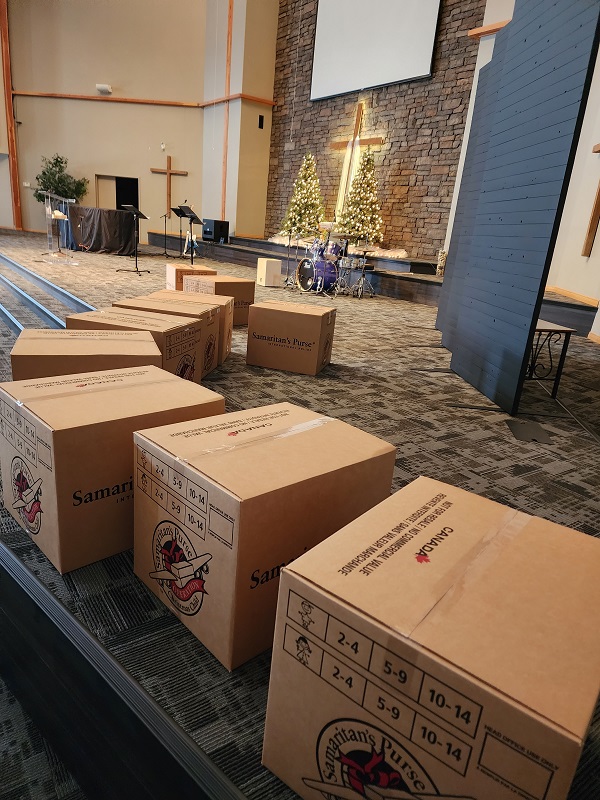 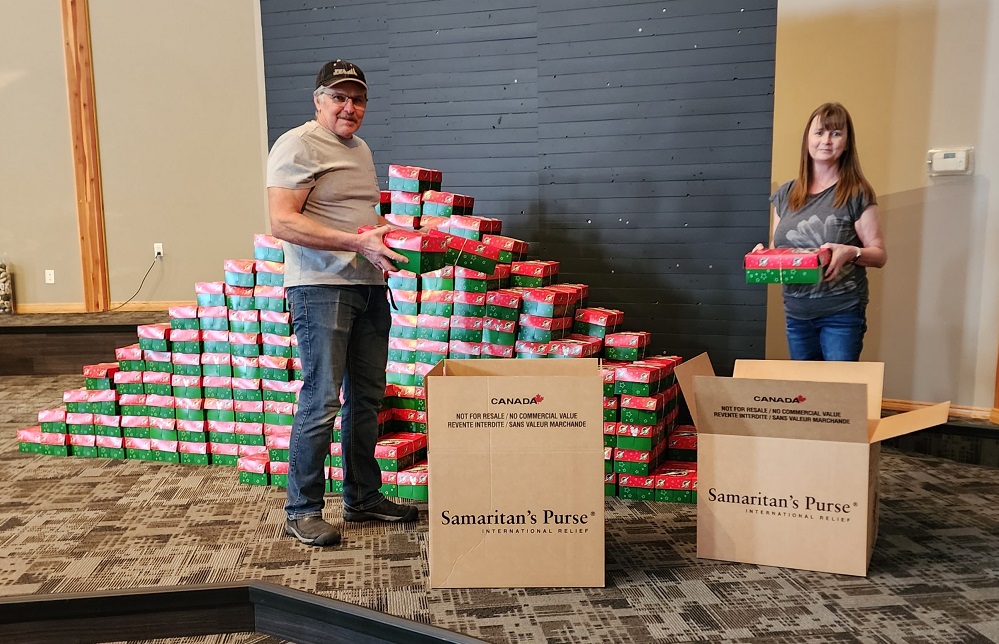 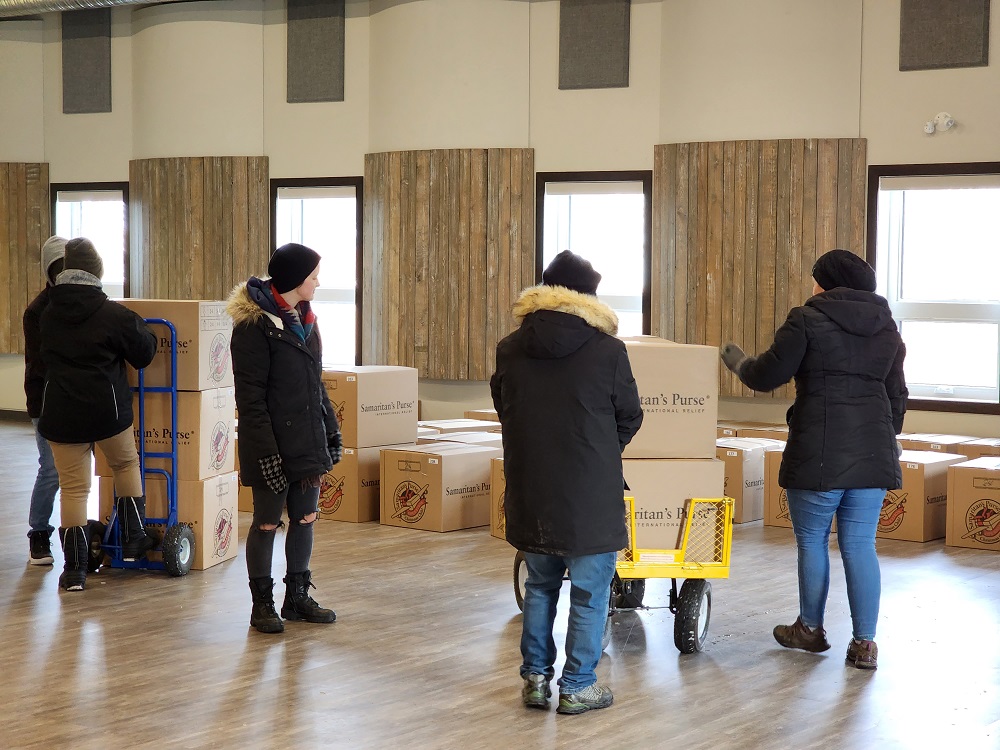 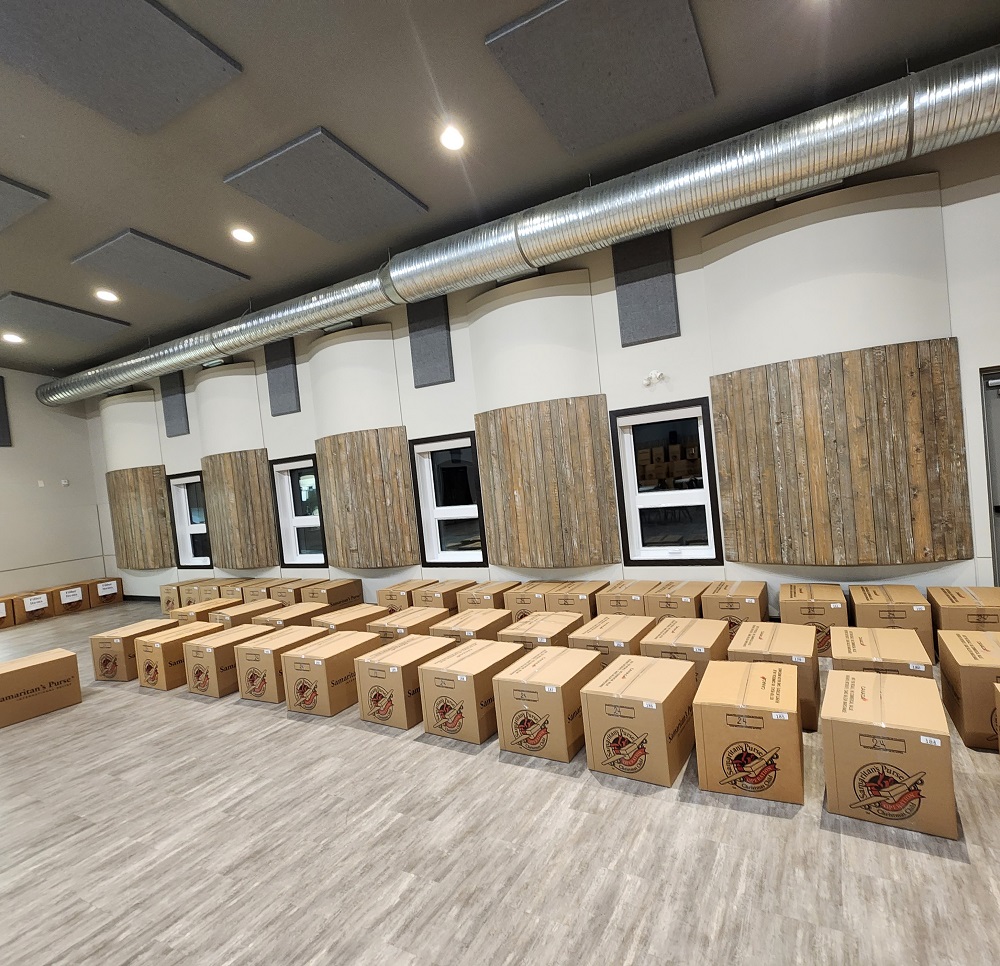 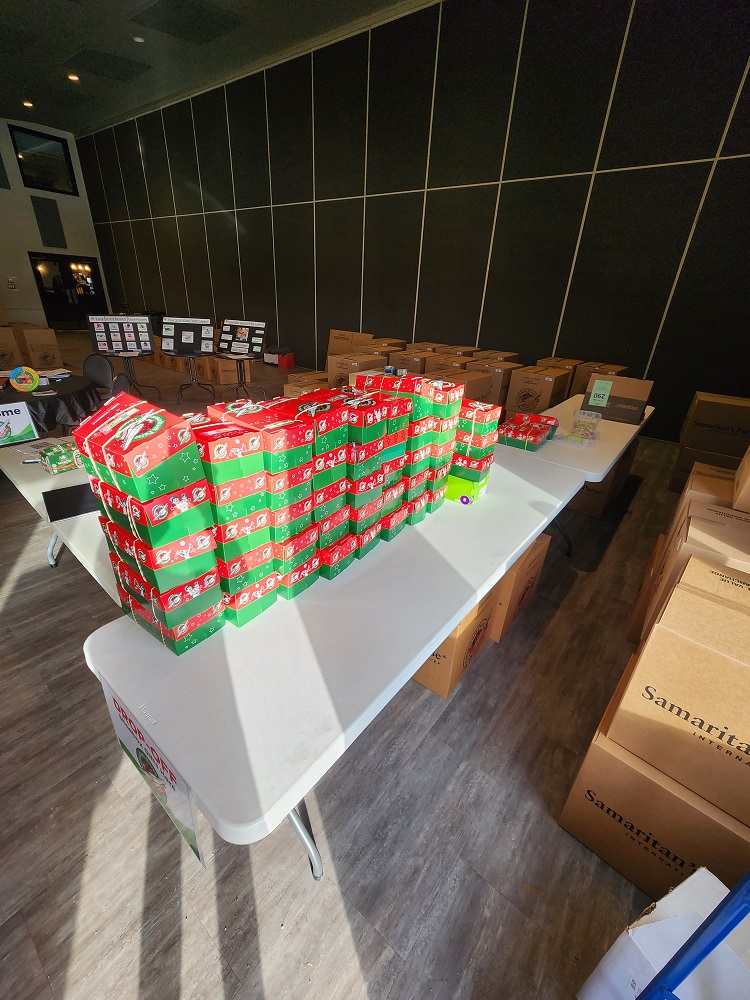 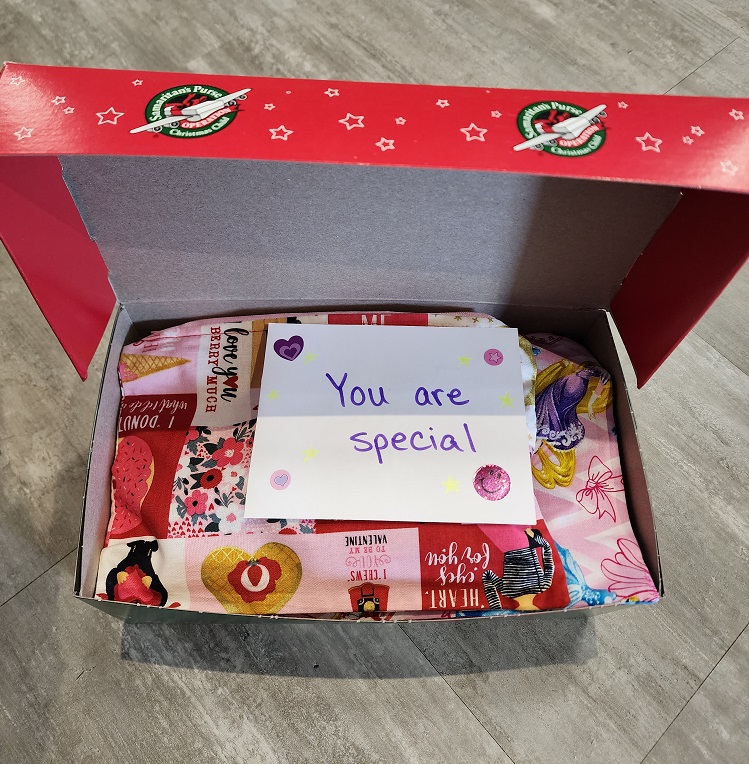 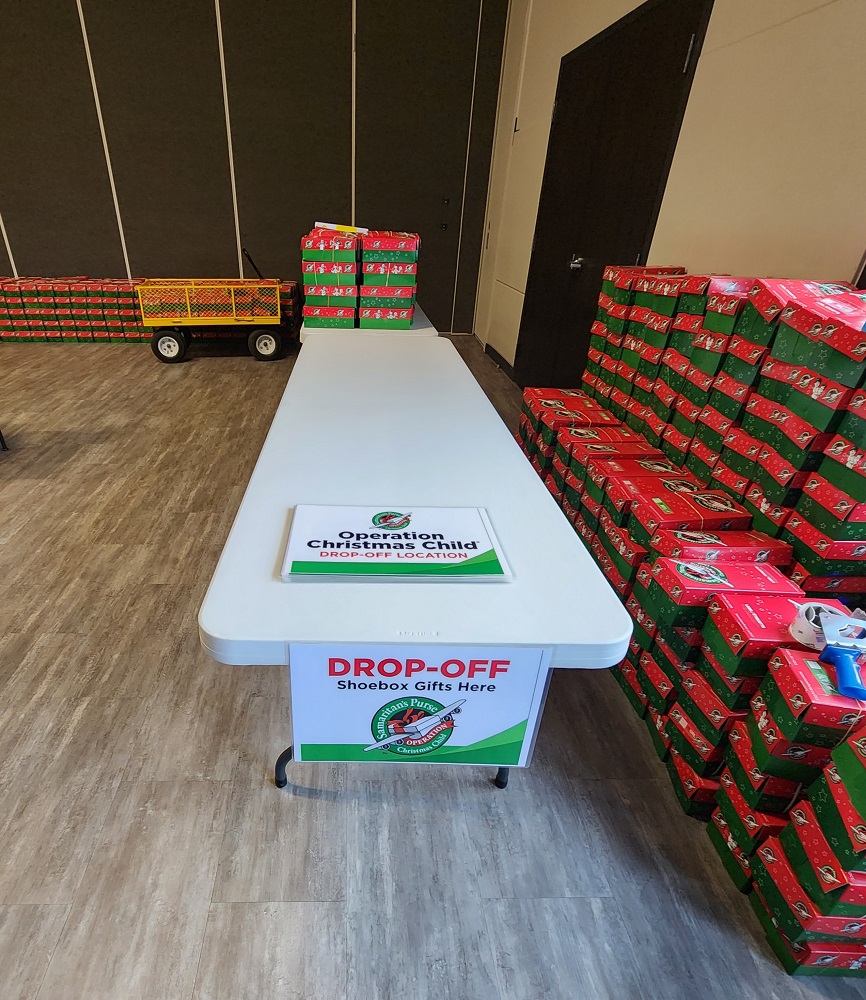 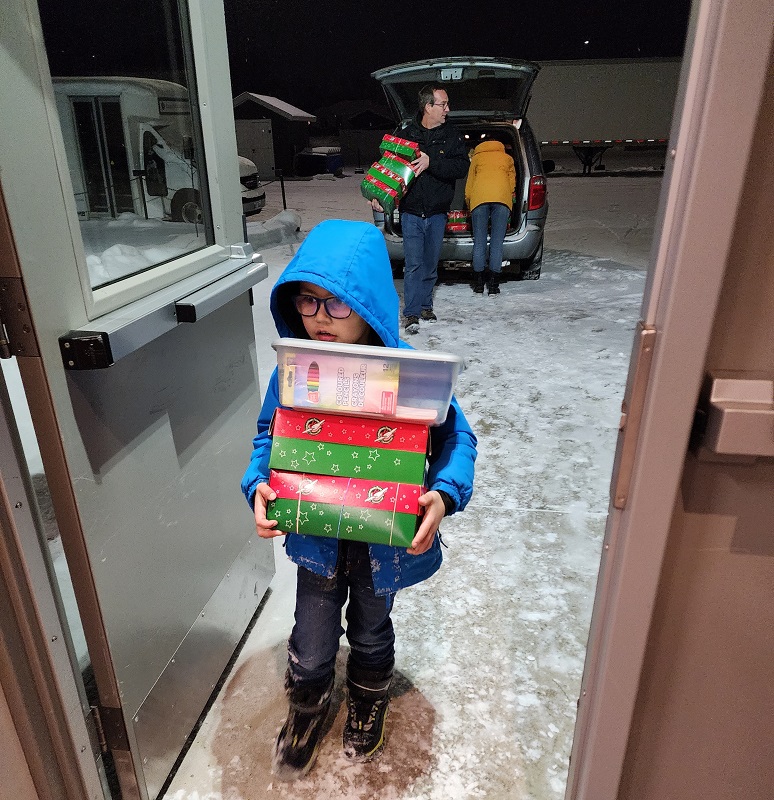 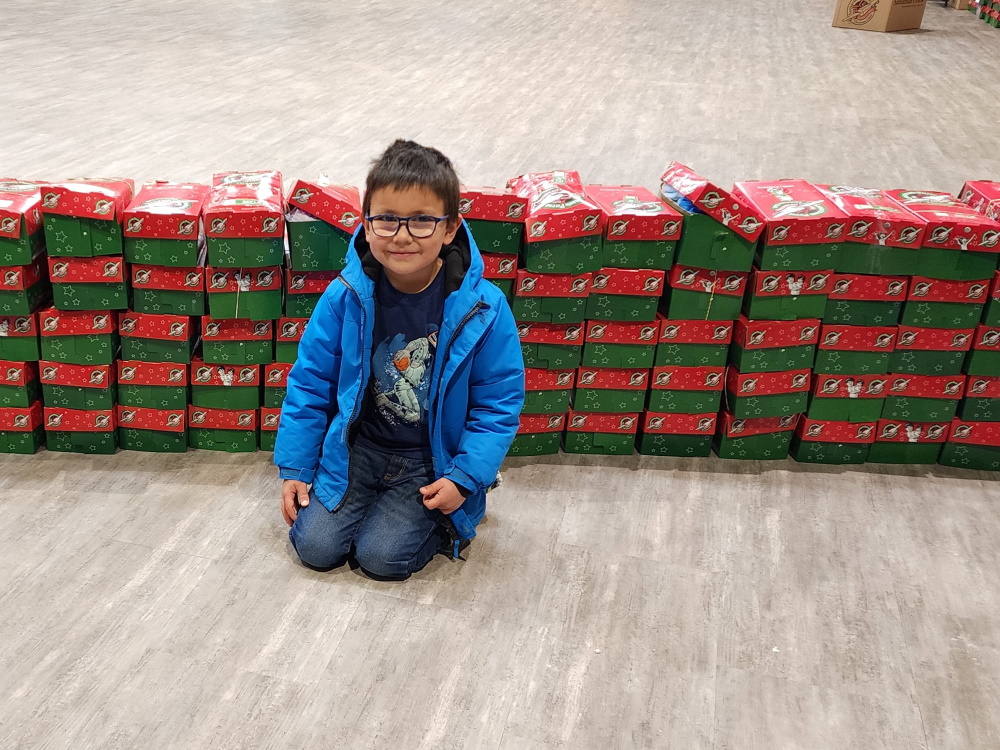 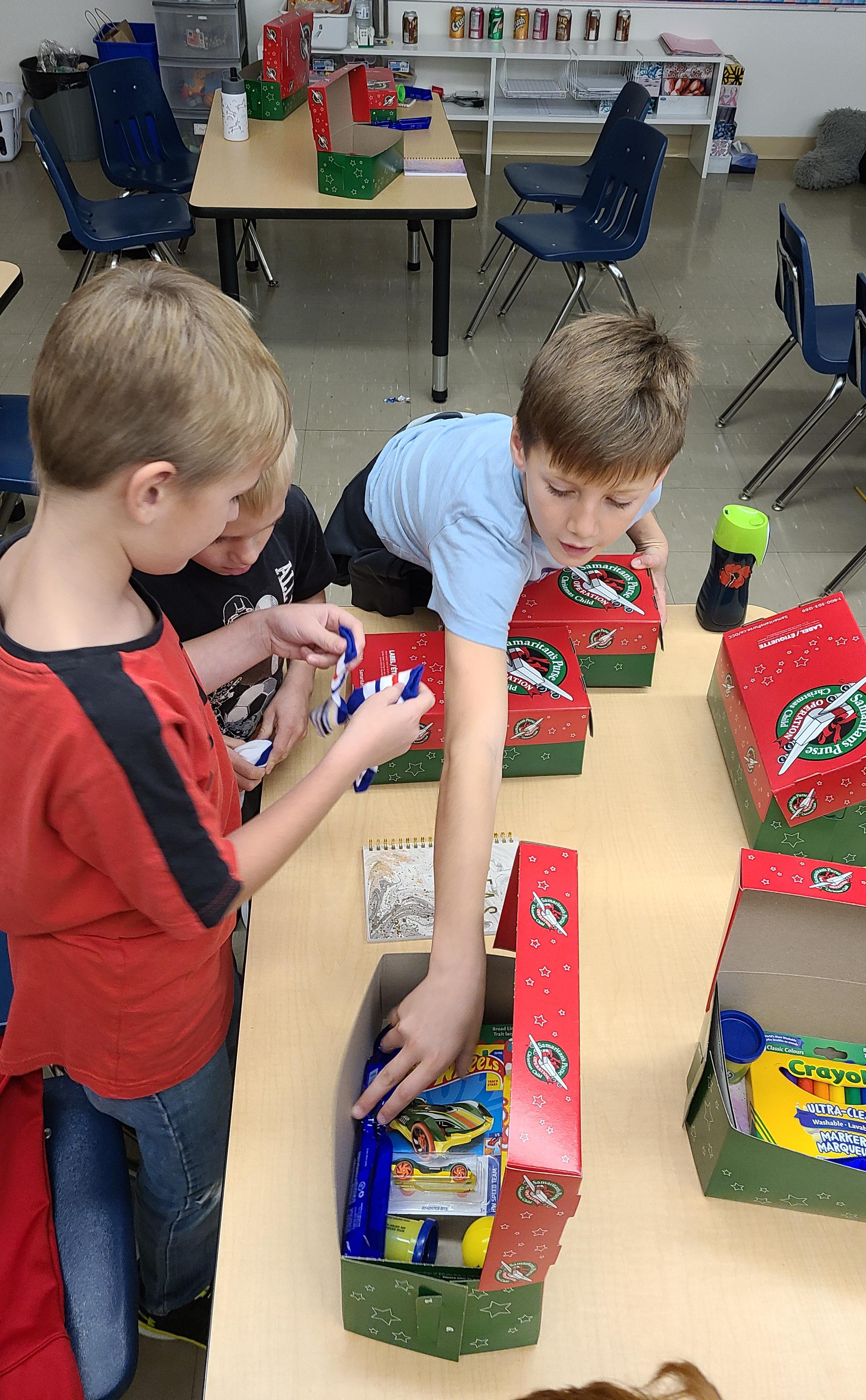 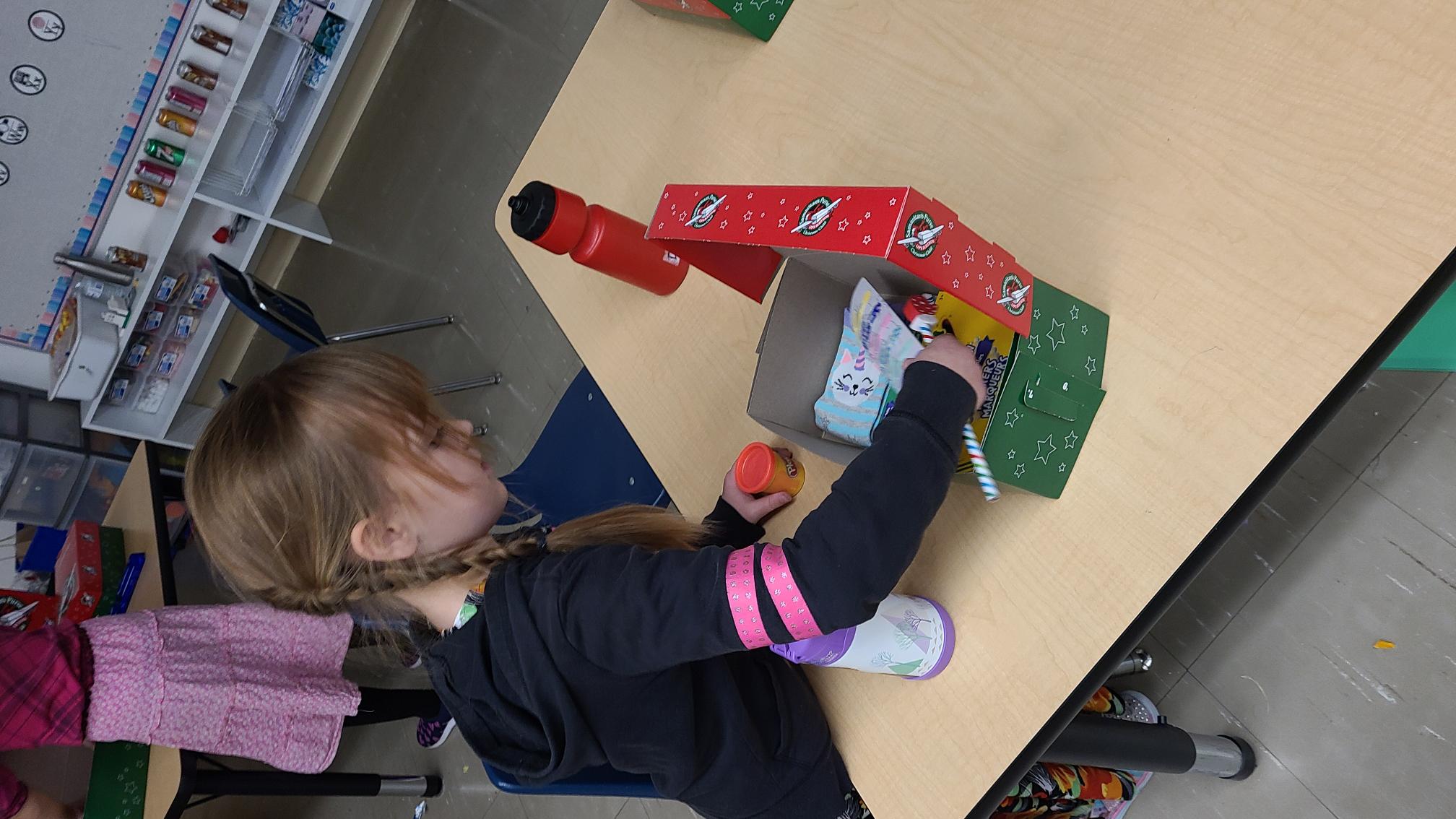 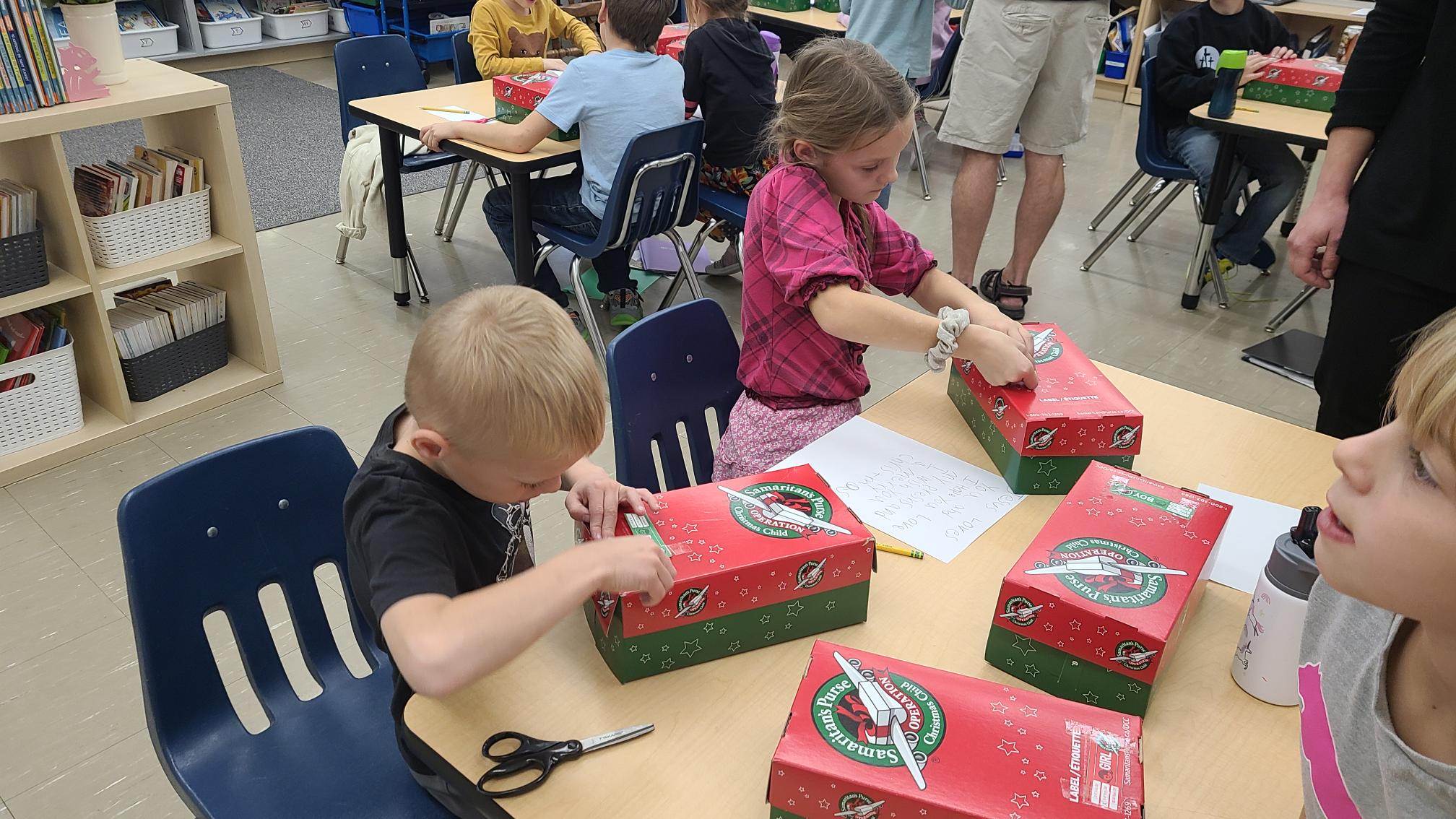 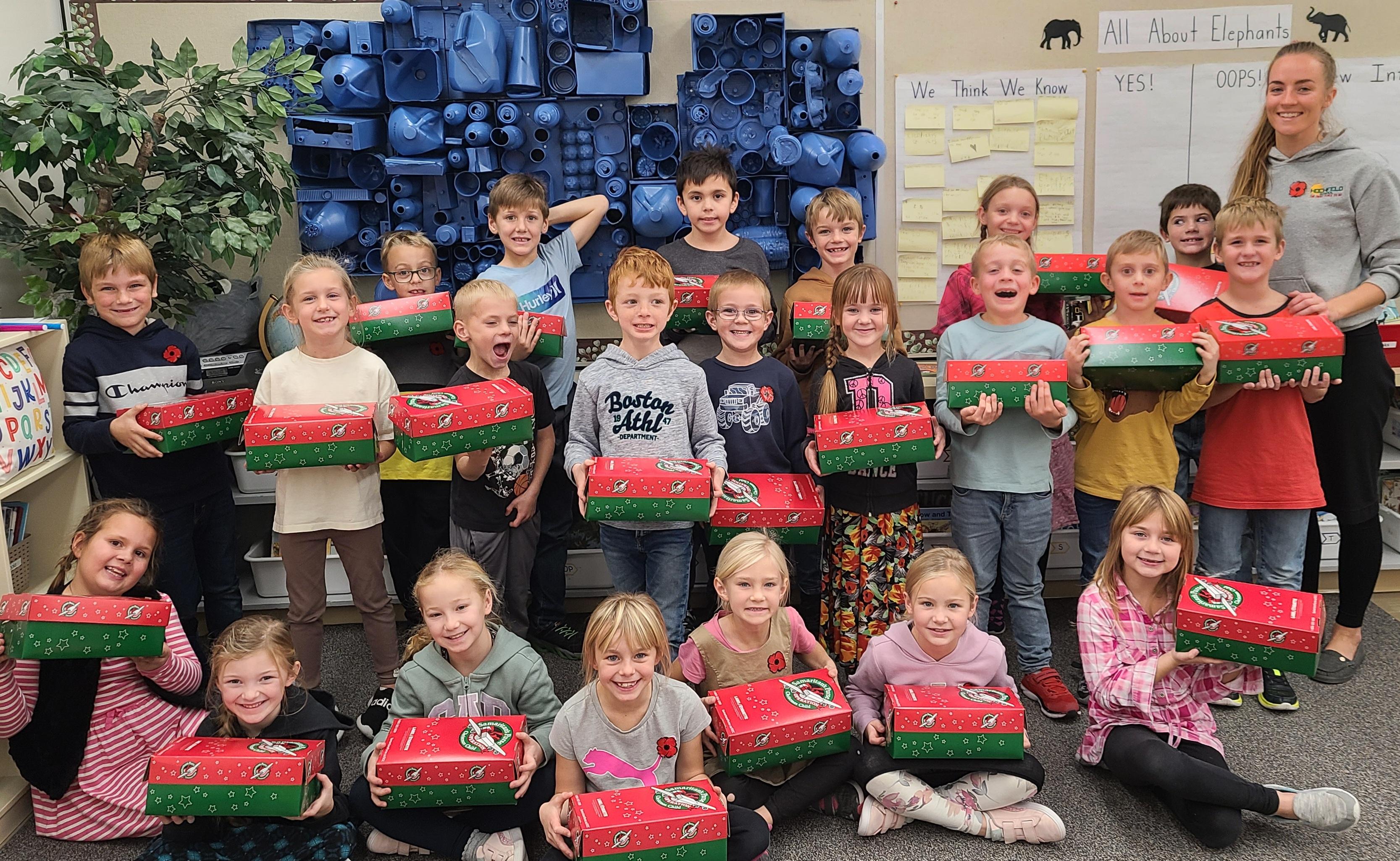 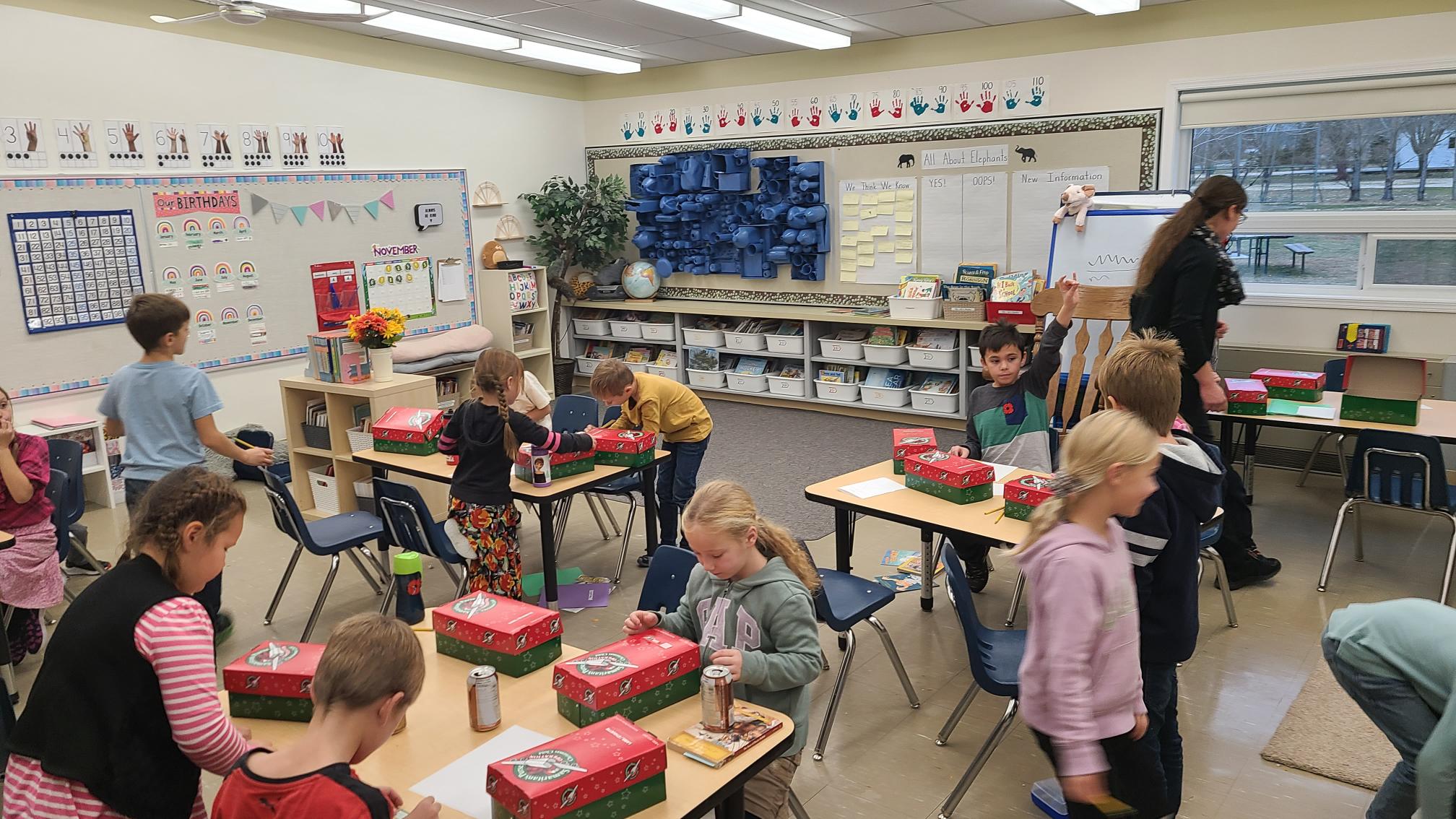 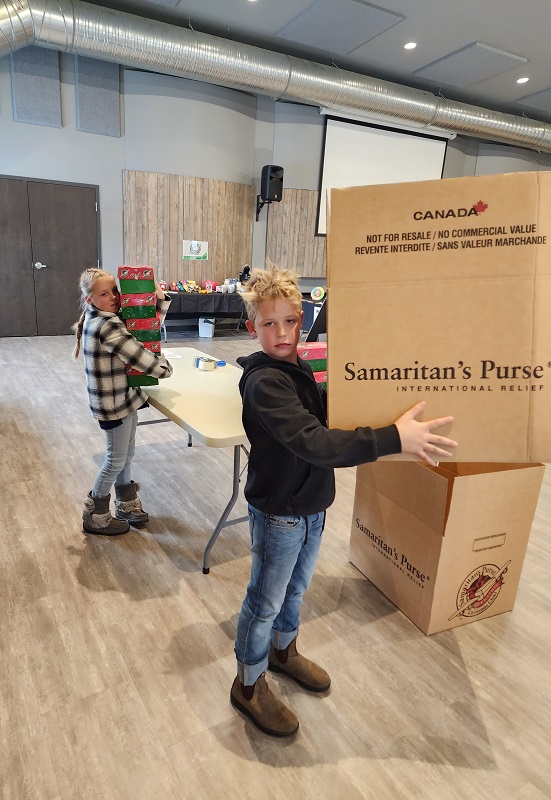 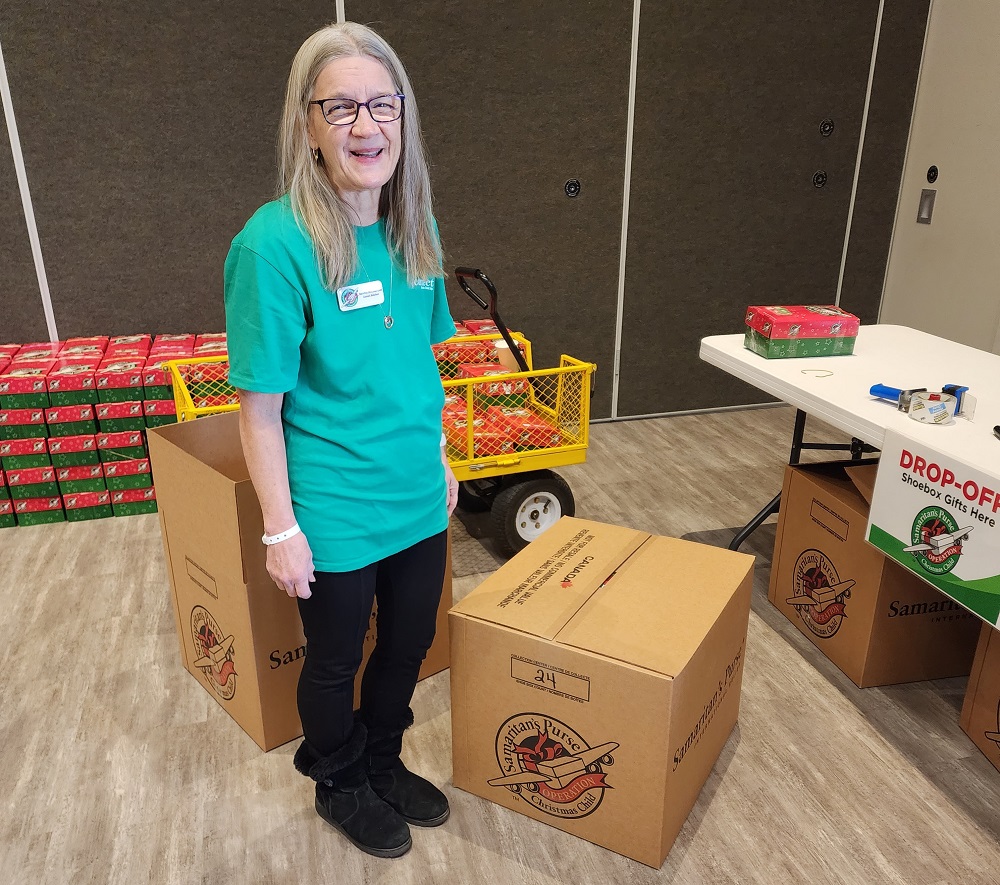 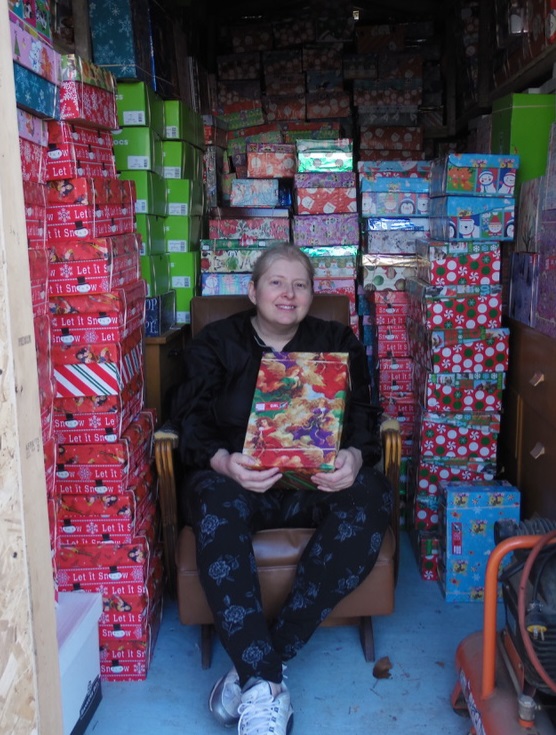 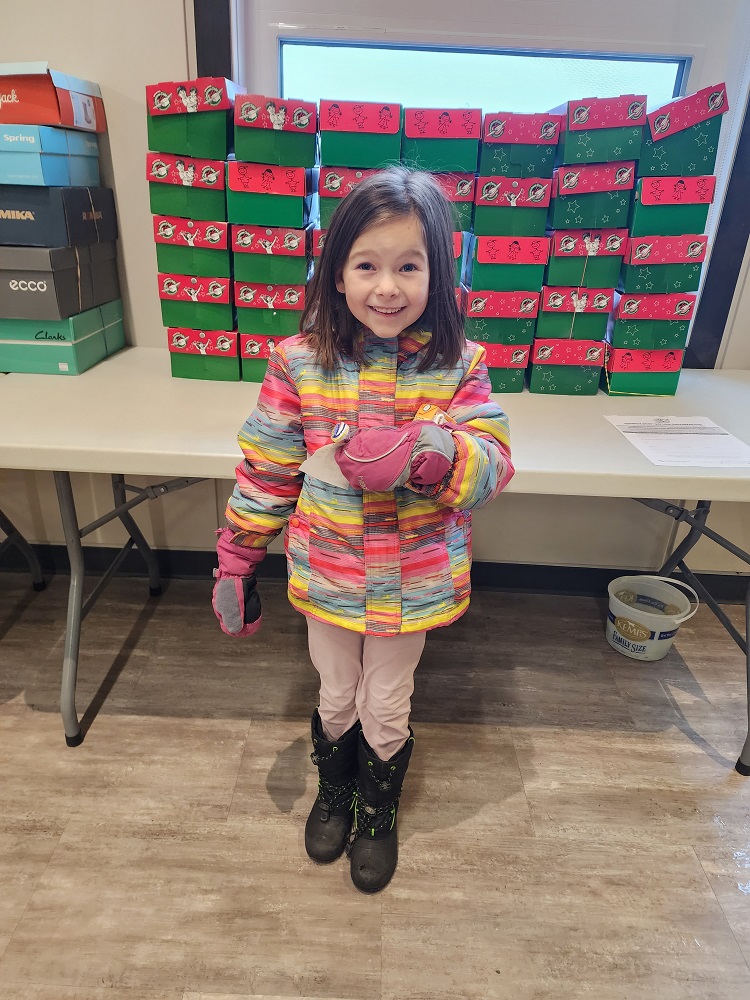 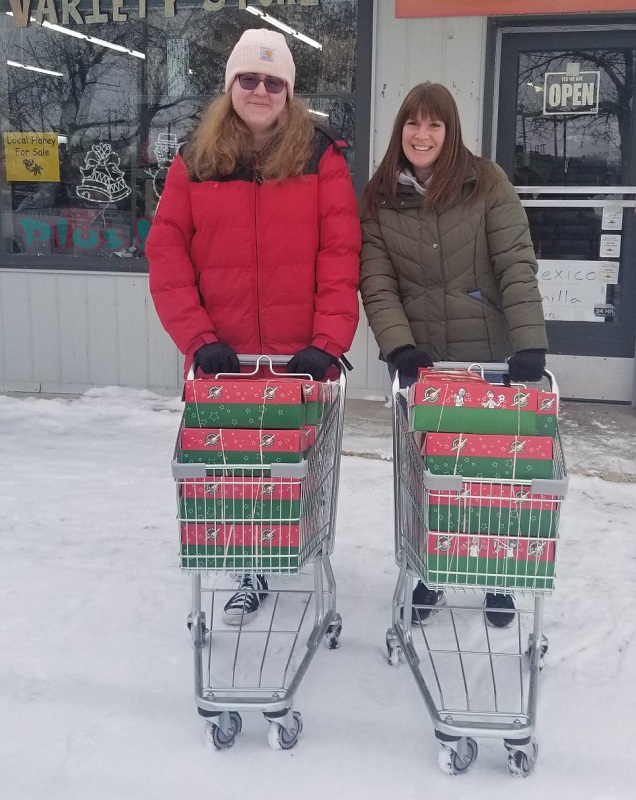 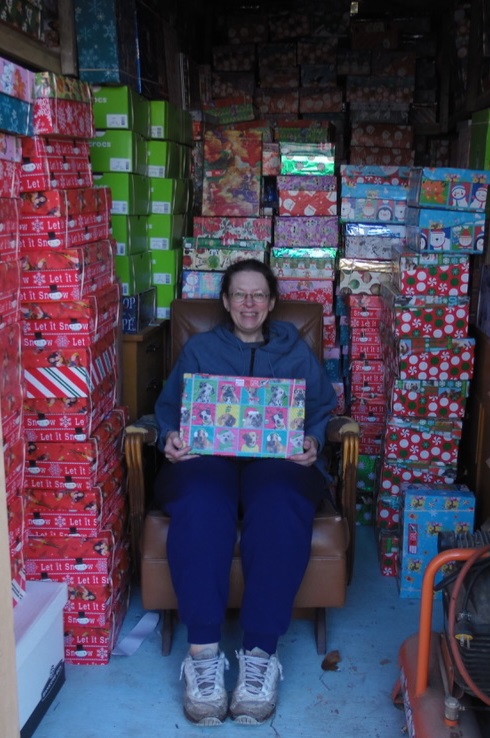