In one of the closest Great Pumpkin Commonwealth weigh-offs in years at the Roland Pumpkin Fair, Carman’s Jason Terwin repeated as having the largest gourd in all the land, and was declared the 2022 winner.

The 2021 winner returned to the top of the scale for the second consecutive year with a pumpkin weighing 1,360.5 pounds, just 15 pounds heavier than Cornie Banman’s (Winkler) second place pumpkin which was 1,345.5 pounds. Helen Banman (Winkler) rounded out the top three at 1,311 pounds. Terwin’s winner was only 17 pounds lighter than his 2021 entry which weighed in at 1,377.5 pounds.

You have to go back to 2017 when 24 pounds separated first and second place. That year Lancaster, Minnesota's Charlie Bernstrom edged Schanzenfeld’s Henry Banman.

There were a total of twenty entries in the 2022 competition, with a number of new growers from across Southern Manitoba participating for the first time.

"It was a close one there, very close, very happy," said Terwin when asked how it felt to win for the second time. While watching from the crowd, and entries from multi-time winners Henry and Cornie Banman still to hit the scale after his, Terwin admits he wasn’t confident he would end up being the winner.

Coming off the exceptionally dry and hot growing conditions of 2021, how did the 2022 growing season rate for Terwin?

"Very poor, everyone thought it was a good year, but it was cold and wet in Spring," explained Terwin. "Everything was two, three weeks behind, just like the crops we have out in the field. Everything is behind. In July, we had weather at 8 or 9 degrees Celsius at night, it was cold. It wasn’t very hot this year."

Disease and insects didn’t impact his growing season, and winds also weren’t a concern, adding his plants held up pretty well. It was only in the last couple weeks the leaves were blown off his pumpkin plants.

"A lot of work," he noted with a chuckle. "And good genetics."

His winning seed this year was the same as 2021, the giant pumpkin variety 2114 Wallace out of the United States.

There were no squash entries this year, but there were watermelon and tomato: 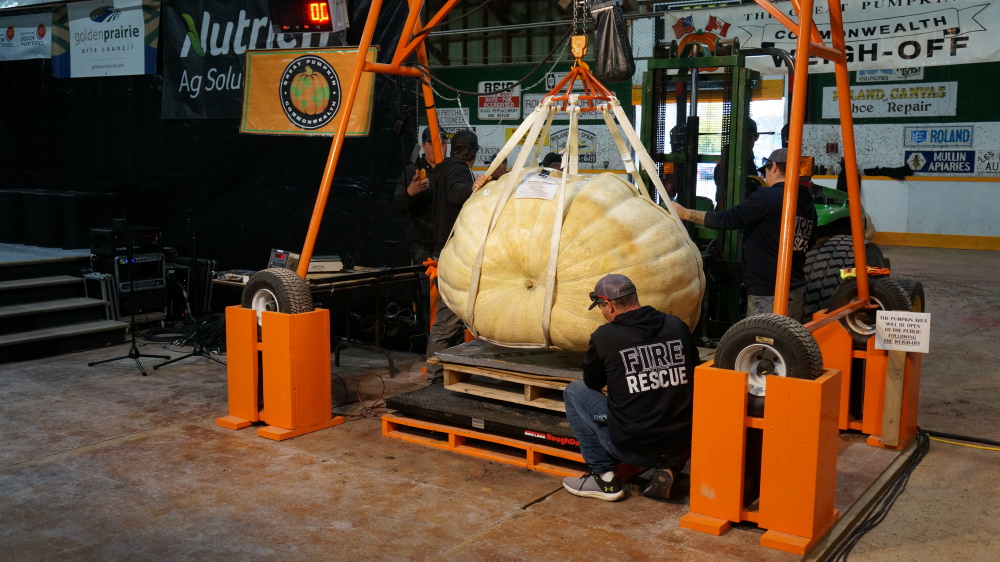 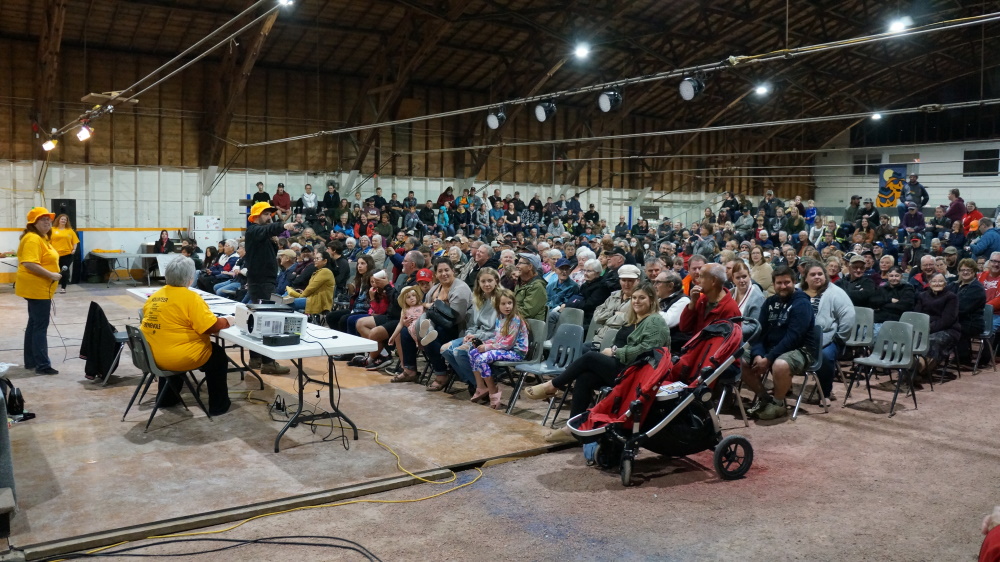 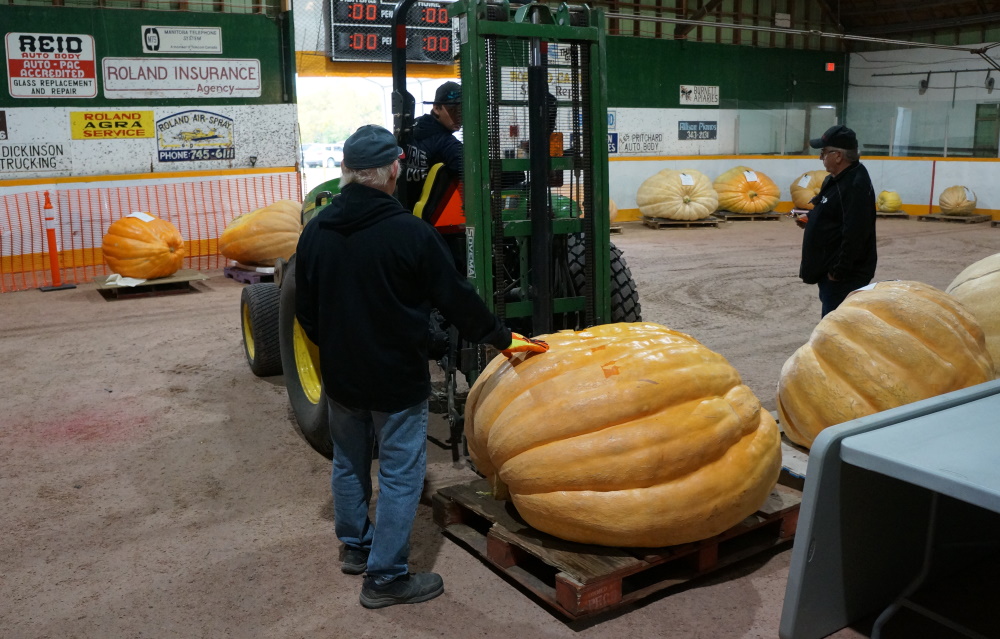 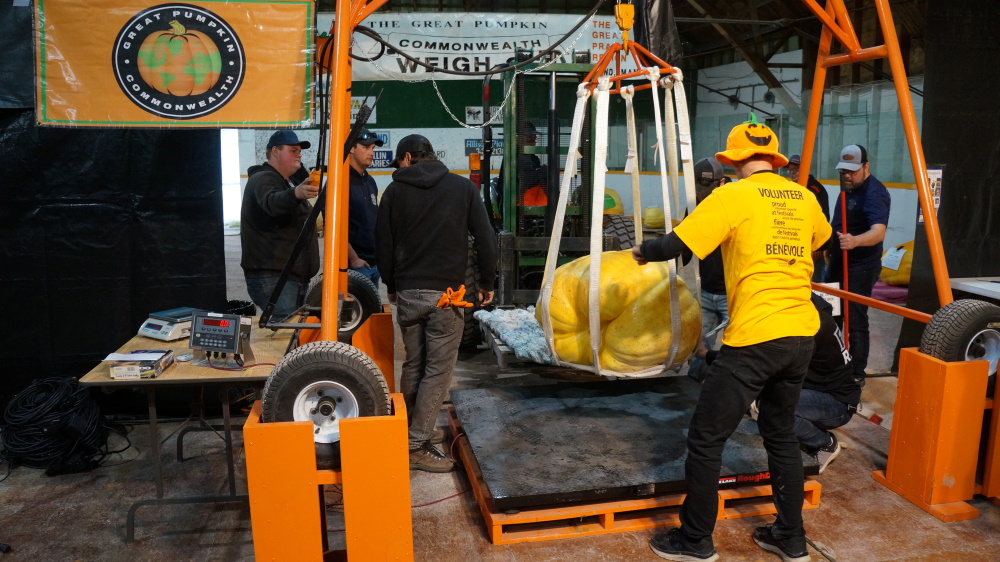 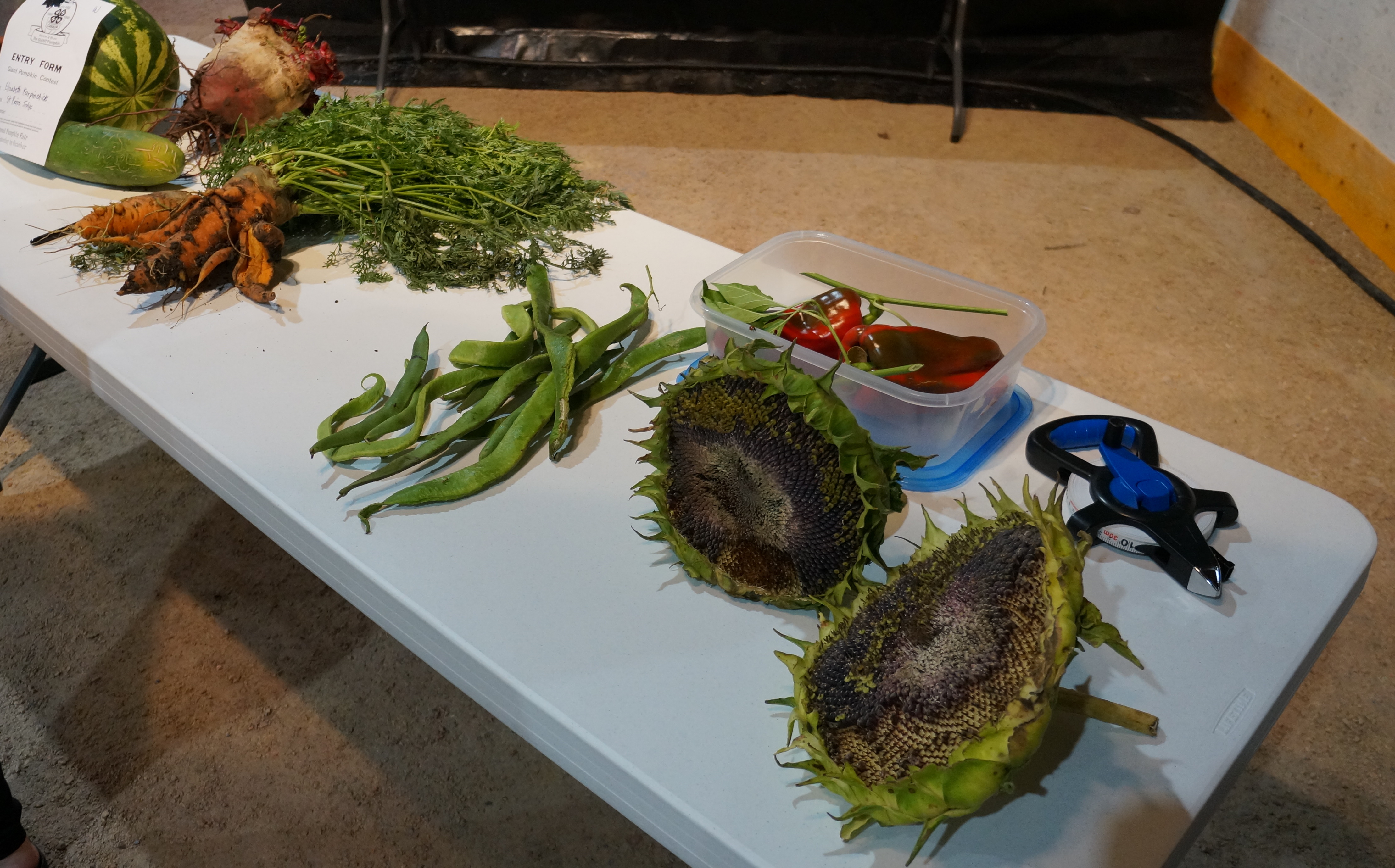 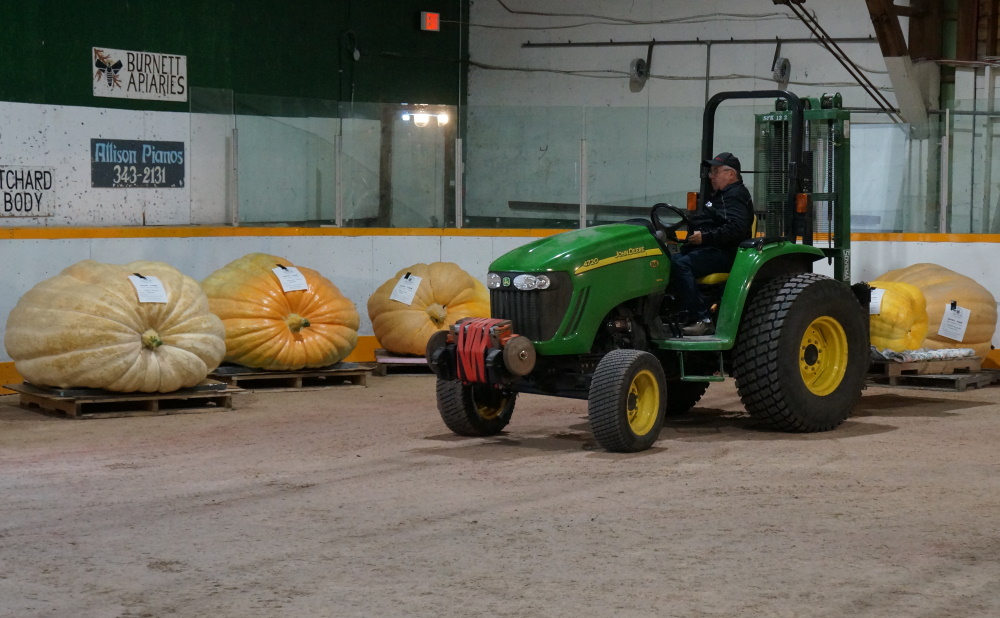 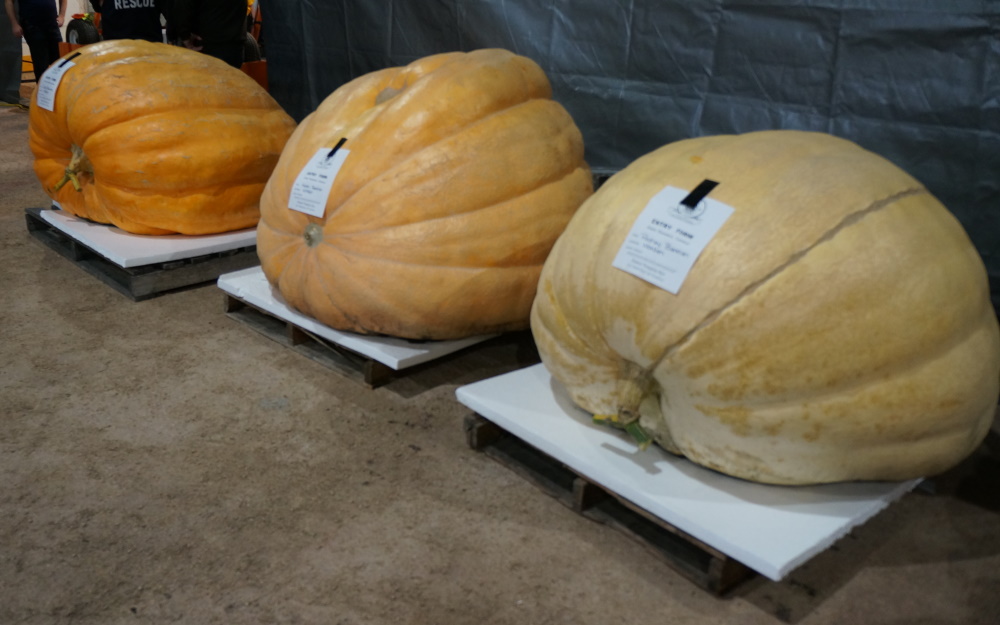 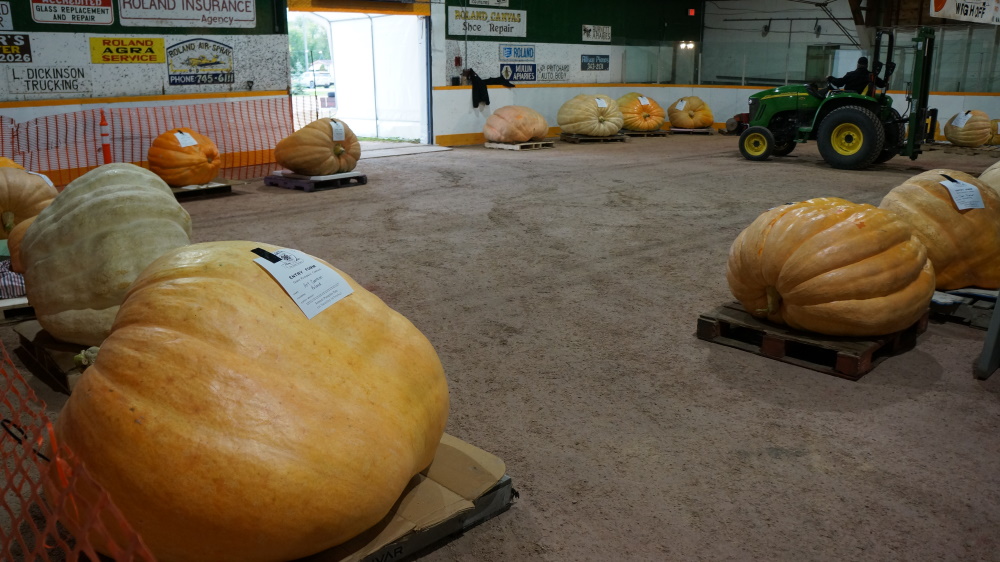 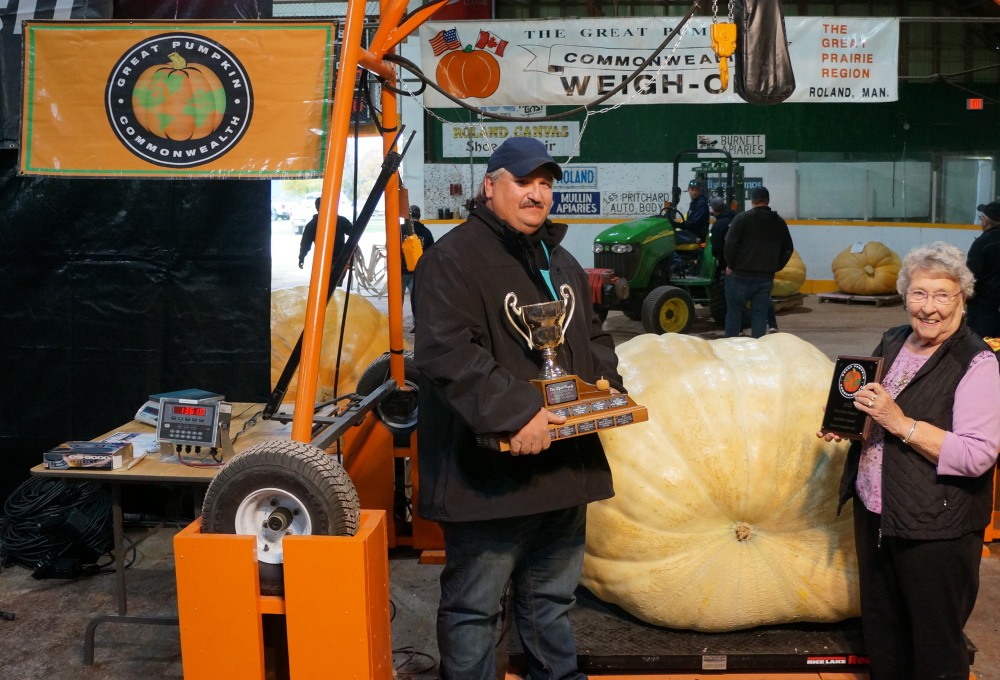 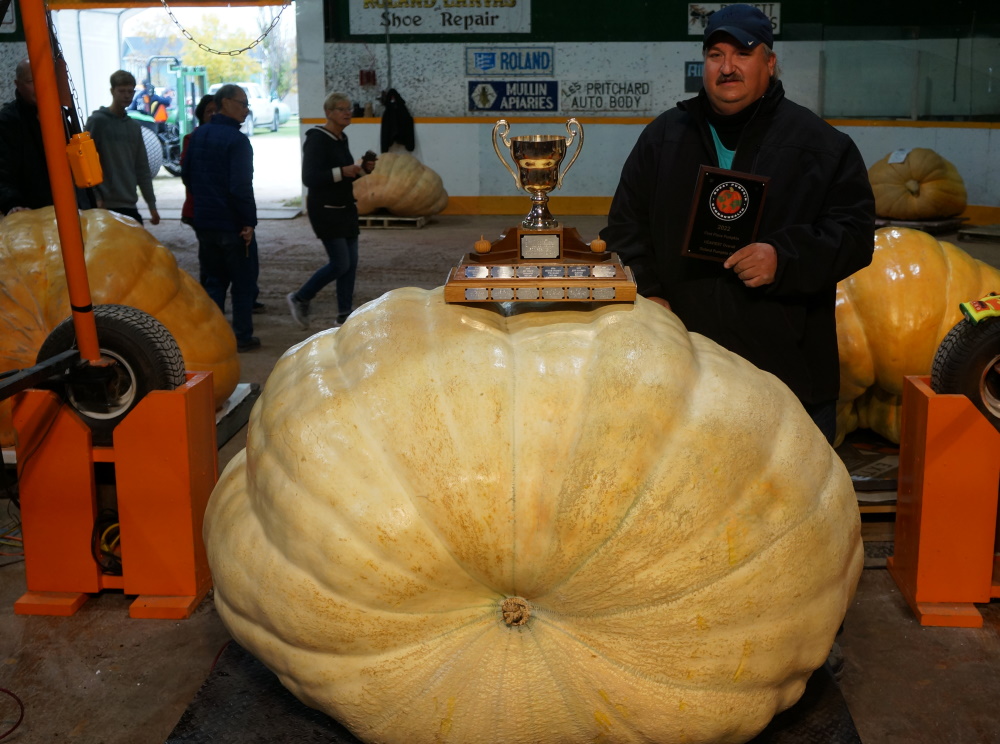